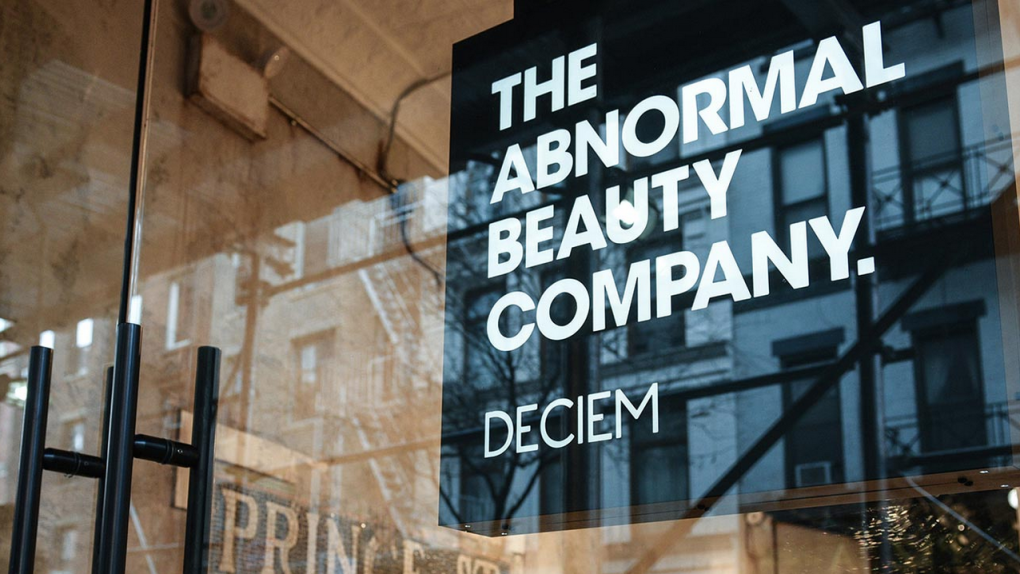 The founder of Canadian beauty brand Deciem announced, over Instagram, that he is closing all of his company's stores under further notice. (Deciem)

TORONTO -- Estee Lauder Companies Inc. is seeking to oust the founder of Toronto-based beauty brand Deciem, days after he abruptly announced on social media that he was closing down his company.

The New York City-based cosmetics giant -- which holds one third of Deciem's voting shares -- is asking the Ontario Superior Court to remove Brandon Truaxe as chief executive officer and a member of the board of directors at Deciem, and to prevent him from "issuing statements or circulating media" on Deciem's social media accounts and restricted from talking to the company's employees, according to an Ontario court filing today.

"Truaxe has exhibited extremely erratic, disturbing and offensive behaviour in his role as president and chief executive officer over the course of this year," Estee Lauder's court filing said. "That behaviour was chaotic and harmed Deciem's business and reputation."

Estee Lauder's legal actions were prompted by an Instagram video Truaxe posted over the weekend, where he said he is shutting down operations at Deciem, known as "the Abnormal Beauty Company," until further notice. The company says the actions of Truaxe are "oppressive or unfairly prejudicial to or that unfairly disregards the interests of Estee Lauder".

"Please take me seriously," he said, in the video, where he does not give a clear reason for closing the company that has become a favourite of Kim Kardashian West and attracted a cult following with its inexpensive "The Ordinary" products. "Almost everyone at Deciem has been involved in a major criminal activity, which includes financial crimes and much other. You have no idea what a soldier I have been for 13 years."

Estee Lauder's lawyer Mark Gelowitz refused to comment on the filing that was also made against Integridad Inc., which holds two-thirds of Deciem's outstanding voting shares, and Pasquale Cusano, a Deciem board member Estee Lauder said Truaxe once tried to replace with another employee. The filing does not outline what legal action is being taken against Cusano.

The allegations by Estee Lauder have not been proven in court. Truaxe and Deciem did not respond to multiple requests for comment, and efforts to contact Cusano and Ross have been unsuccessful. Truaxe posted a copy of Estee Lauder's application and emails from its lawyer on Instagram on Thursday morning.

In its legal filing, Estee Lauder said Truaxe's decision to shut down the company happened without consulting Deciem's board of directors or Estee Lauder.

The company alleged Truaxe also sent a mass email "purporting to terminate for cause various employees and members of Deciem's executive team, including (his) co-chief executive officer and the chief financial officer."

It said that Truaxe threatened that anyone who did not follow his directions "will be terminated."

"These actions have caused and are causing irreparable harm to Deciem's business and chaos and confusion for Deciem's employees, customers, consumers, suppliers, landlords and other stakeholders," Estee Lauder said in the documents.

Estee Lauder is asking for PricewaterhouseCoopers LLP to be appointed to investigate Truaxe's claims of criminal activity and report on Deciem's financial condition to its board of directors.

Estee Lauder, which confirmed it made the filing but would not comment further because the issue is pending litigation, said it counts hundreds of "outrageous, disturbing, defamatory, and/or offensive posts on Deciem's social media accounts and/or websites" that have been made since January.

In January, Truaxe posted about an attempted hack on Deciem's Instagram page, saying "This could be a past employee, someone who doesn't like us, a competitor, we don't really know but we're going to find out."

Days later he was telling his followers that he was dropping his chief executive officer title in favour of "worker" and months after, made remarks on Instagram that angered fans of the brand so much that they began burning Deciem products.

In February, he ousted Nicola Kilner as his co-CEO, but by July, he used Instagram to note her return to the company. Estee Lauder's court filing says both decisions were made "unilaterally" and without being run by the board of directors or Estee Lauder.

Estee Lauder wants Kilner to be appointed as Truaxe's replacement.

Estee Lauder's court filing notes that on May 9, Truaxe was detained by U.K. authorities "because of his erratic behaviour." The company said he was taken to a London psychiatric hospital, where he stayed for several days.

After more "particularly erratic and disturbing behaviour" in late May and June, the company said he stayed at another psychiatric facility in Canada for about three more days.

"Unfortunately, Truaxe's conduct has continued to become more erratic and concerning," Estee Lauder's court filing said. The company further said it "must turn to this Court seeking relief to prevent further harm to the business and to their investment."

The respondents to Estee Lauder's action -- including Deciem and Truaxe -- must indicate to the court if they intend to oppose the application.

Stephen Kaplan, Deciem's former chief financial officer, said in an email to The Canadian Press that he did not want to discuss the company's current situation or his time working there, but noted that the recent drama was not a shock.

"I am not surprised by the current events based on Brandon's erratic behaviour, as evidenced by his Instagram posts," said Kaplan. "I hope that Estee Lauder can install a competent management team and with this in place, I believe that Deciem can continue to be a very successful company."