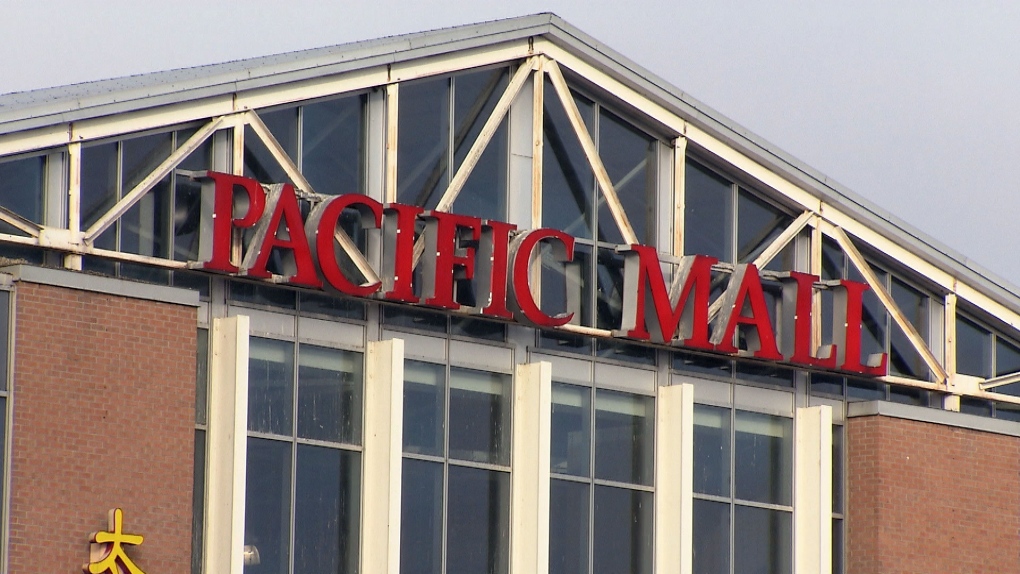 This file photo shows the exterior of the Pacific Mall in Markham, Ont.

Eight people are now facing charges related to the police raid of a Toronto-area mall U.S. authorities have called a "notorious market" of counterfeit luxury goods.

York Regional police said complaints from the public prompted their financial crimes unit to launch an investigation into several stores inside the Pacific Mall in Markham, Ont., in April 2018.

Const. Laura Nicolle said police noticed a spike in tips from the public following the release of a 2018 report from the Office of the U.S. Trade Representative titled "2017 Out-of-Cycle Review of Notorious Markets." The Pacific Mall was one of the shopping centres named in the report.

"There were a lot of calls, people were very concerned about this and we launched the investigation from there," Nicolle said.

The mall did not respond to a request for comment.

Nicolle said the force worked with the Department of Homeland Security, Canada Border Services Agency and the New York Police Department helped with the investigation, but didn't get into the details of how those organizations were involved.

Two months into the probe, in late June, more than 30 officers raided seven businesses inside the mall and one store owner's home. They also seized thousand of alleged fake goods -- luxury handbags and clothing.

By August, investigators began meeting with representatives from a wide variety of international companies including Adidas, Louis Vuitton, Dior and Givenchy.

"Those representatives looked at it and said 'yeah these are fake,"' Nicolle said.

Earlier this month, police laid charges against eight people. They each face one count from the Competition Act of knowingly or recklessly making a false representation to the public and one count from the Trade-Marks Act of selling or offering for sale, or distribute on a commercial scale, any goods in association with a trademark