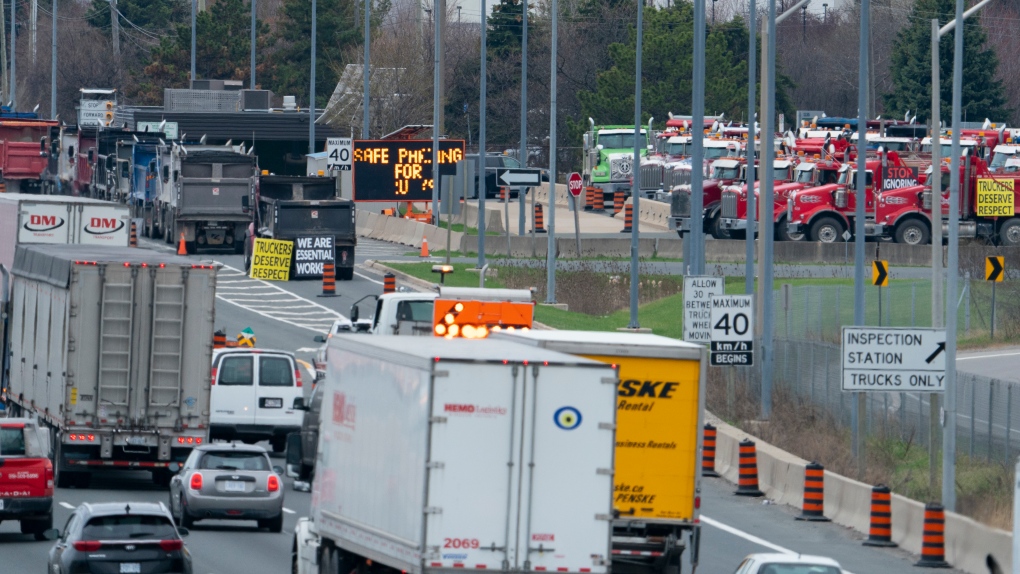 More than a thousand dump truck operators across Ontario will soon be back on the job as six weeks of labour disruptions come to an end.

The Ontario Dump Truck Association says about 1,500 members who have been taking part in what it describes as job action will return to work on Sunday after securing key arrangements with numerous industry partners.

The association says chief among these is a plan to develop a minimum standards agreement covering concerns such as access to washrooms, mandatory breaks, overloading vehicles and other health and safety issues.

It says meetings to hash out the agreement have been scheduled but offered no other details.

Wages and safety concerns were at the heart of the job action, which got underway on March 21.

This report by The Canadian press was first published April 30, 2022.