Driver fatally struck by truck while getting his vehicle towed on Hwy. 401 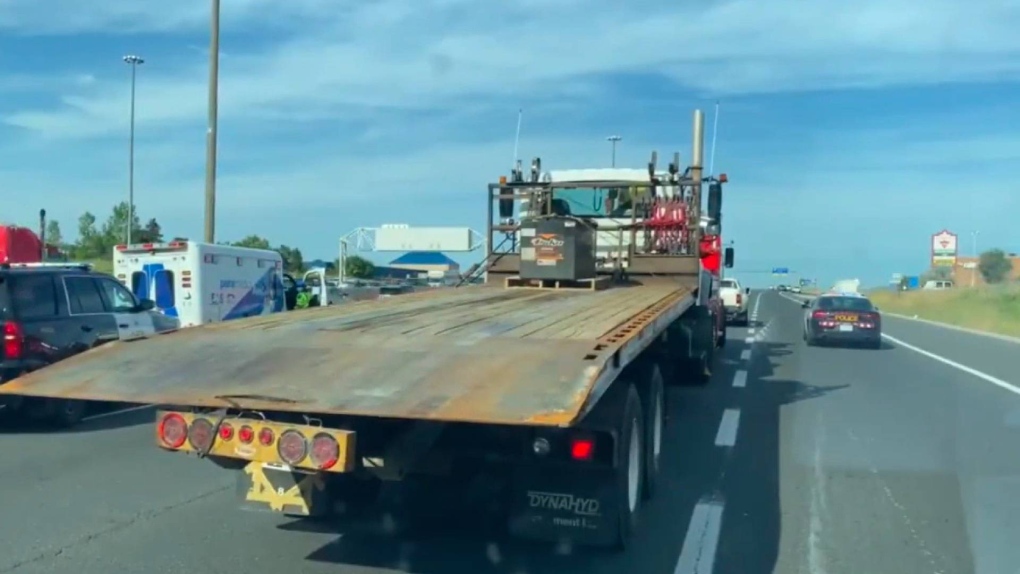 Police respond to the scene of a fatal collision on Highway 401 in North York on July 15, 2020. (Kerry Schmidt/OPP)

TORONTO -- A 30-year-old man has died after being struck by a cement truck while getting a tow on a busy stretch of highway in North York.

It happened in the eastbound collector lanes of Highway 401 near Weston Road.

Ontario Provincial Police Sgt. Kerry Schmidt said that a driver of a commercial truck was getting a tow when he was hit by a cement truck.

"The tow truck was in the process of removing the vehicle and unfortunately the male somehow fell to the ground as he was walking around the area near live lanes of traffic and was struck by a cement truck that was travelling by in an adjacent lane," Schmidt said.

All eastbound collector lanes of Highway 401 were blocked approaching Weston Road due to the fatal incident and traffic was forced off at Islington Avenue.