Doug Ford terminates house listing, puts it back up for new price as housing market weakens

Doug Ford terminates house listing, puts it back up for new price as housing market weakens

It is a tough time to be selling a house, even for the premier of Ontario.

Doug Ford put his Etobicoke home up for sale on July 15 with an asking price of just under $3.2 million. 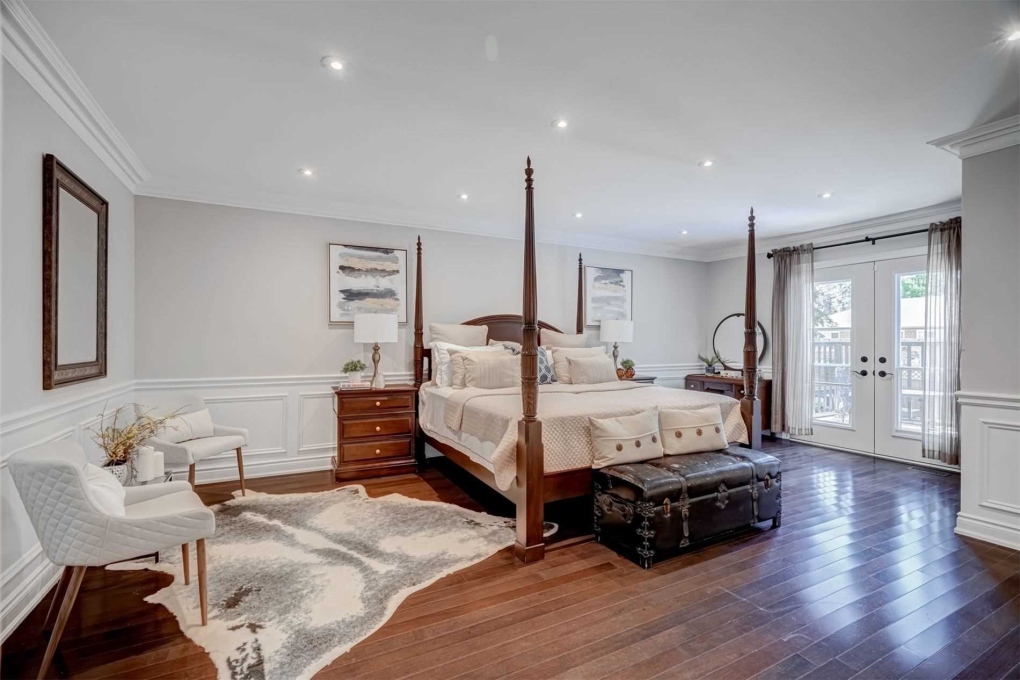 The primary bedroom of the home has a balcony that overlooks the pool. (Realtor.ca)

But that listing was terminated on Monday and the premier has now relisted the property at $2,800,888.

It’s an increasingly common tactic in a real estate market that has now seen four consecutive months of price declines amid an aggressive interest rate hiking cycle by the Bank of Canada.

In fact, Toronto-based real estate platform Strata issued a report this month in which it said that terminated listings across the GTA have increased by 643 per cent since the start of the year.

RBC is also warning of a “historic” housing correction which could see average house prices in Ontario drop by 14 per cent from their February peak.

Ford’s home has been targeted by protesters on a number of occasions, particularly during the COVID-19 pandemic.

In June, 2021 a 44-year-old man allegedly armed with a butcher's knife was even arrested on Ford's doorstep by the Ontario Provincial Police, however the premier and his wife were not home at the time of that incident.

The two-storey property boasts six bedrooms, four bathrooms and nearly 4,500 square feet of living space," according to the listing.

Ford has previously said that he plans to move to his late mother's house, which is located nearby.