Ontario Premier Doug Ford is replacing his minister of long-term care, promoting a minister into the job who resigned last year after violating pandemic travel guidelines.

Merrilee Fullerton's replacement will be Rod Phillips, the former finance minister who was forced to resign last December for travelling to St. Barts while the rest of the province was told to stay at home.

"With 21 per cent of adults now fully vaccinated as Team Ontario sets new records in daily shots, we can be confident that the worst of the pandemic is behind us," Ford said in a statement Friday.

"As we continue our work to rebuild and support Ontario’s health system, our renewed team is well positioned to deliver on the priorities that matter to Ontarians, including getting more people back to work, making life more affordable, supporting businesses and job creators and building transit infrastructure."

The significant change is part of a mid-sized cabinet shuffle – conducted virtually with the Lieutenant-Governor on Friday -- designed to remove some members and promote other MPPs to higher-profile posts ahead of the next election. 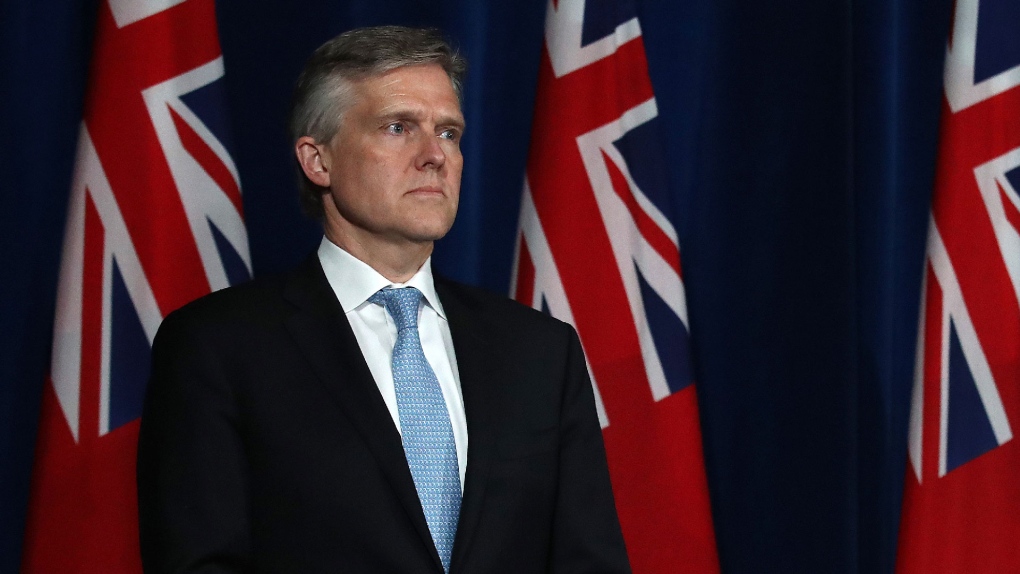 Government sources say the premier is "not firing people" but instead introducing a "more geographically, ethnically representative of the province" ahead of the next election.

While the shuffle affects 15 MPPs, it is the removal of Fullerton from the long-term care post that the most notable change.

Fullerton has been named the minister of Children, Community and Social Services – a move that government sources say is "in no way a demotion." She will now be responsible for the third largest ministry in the Ontario government.

The Ontario NDP has already criticized Phillips' return to cabinet and his new role in shaping the election platform for the Progressive Conservative party as a "bad choice."

"Doug Ford kept Rod Phillips near and dear to him even after his elaborate St. Barts vacation cover-up. Phillips jetted off to luxurious St. Barts, covering up his tracks as he went with pre-written messages, pre-recorded Christmas greetings, and a fake Zoom background, while the rest of Ontario hunkered down and followed public health advice to stay home over the holiday," the party said in a statement.

As word swirls re a potential Ford cabinet shuffle, the Ontario NDP drop this release on a “reported return” of MPP Rod Phillips to Cabinet. #onpoli pic.twitter.com/9CPXU0RSDP

Families of missing and murdered Indigenous women seek change ahead of Oct. 4 vigils

A group of family members of Indigenous women killed across B.C. is calling for more police accountability and improved communication when investigating missing person cases across jurisdictions. The families spoke out on the eve of Canada-wide Sisters in Spirit vigils Oct. 4 to honour missing and murdered Indigenous women and girls.

Hockey Canada's board chairs to answer to feds, Nicholson deferred to later date

Hockey Canada's board chairs, past and present, will answer to the federal government today on the hockey body's handling of alleged sexual assaults and how money was paid out in lawsuits.

Quebec Premier Francois Legault and the CAQ win a majority government, Prime Minister Justin Trudeau will take the stand in the Emergencies Act inquiry, and North Korea fires a missile over Japan. Here's what you need to know to start your day.