A Toronto-area judge has handed down a 12-year sentence to a man who shot up a lawyer’s office and threatened a colleague with a gun, warning her to drop a case against a tow truck operator or he would return to kill.

The attacks — some which were caught on video — illustrate an attack on justice by someone tied to the GTA’s troubled tow truck industry, the judge said, pointing out the gunman ultimately achieved his goal as lawyer Lisa Carr went into hiding and shut her practice down.

“The work of lawyers contributes to the maintenance of a just, peaceful and safe society. Acts of violence perpetrated against lawyers to intimidate them from representing their clients diligently and with commitment to the client’s cause have no place in our civilized society. Such acts are serious crimes,” Justice M Fuerst wrote in her decision.

The attacks happened in the context of the Greater Toronto Area's tow truck turf war, where unscrupulous operators have shot at and set fire to their opponents’ trucks to get better access to lucrative towing jobs that can bring in more money through exorbitant impound or storage fees.

Qalid Abderezak pleaded guilty to his role in a series of attacks on the law firm, which happened when he was on bail for robbery and weapons charges, and he was not allowed to possess firearms.

According to Fuerst’s ruling, someone smashed the front window of Carr Law in November 2018, and set fire to a small tree in the lobby. In January 2019, someone else broke the window in the front door of the office, threw gas containers inside, and ignited a fire that security cameras caught on video.

In August 2019, a vehicle pulled up beside Carr’s vehicle, pointed a handgun and pulled the trigger. Another man was charged in that offense. That same month, another lawyer who is said to resemble Carr was robbed at gunpoint while sitting outside the office.

“You are suing the wrong people,” the accused said during the interaction, according to the judgment. “Do you want to have kids? Do you want to grow old? Stop suing my friend.” Then, as he took her wallet, he said, “This is your only warning.”

The judgment describes texts between Abderezak and another man, Zakariye Yousuf, who tells him, “Yo U didn’t do it? The man won’t give me the info for the next job until u deal with that quickazzz.”

Just after 5 p.m. on Sept 6, 2019, Abderezak returned, got out of his Volvo and sprayed the reception area of the law office with seven bullets as employees huddled inside, before getting back in the car and driving away, Justice Fuerst found. 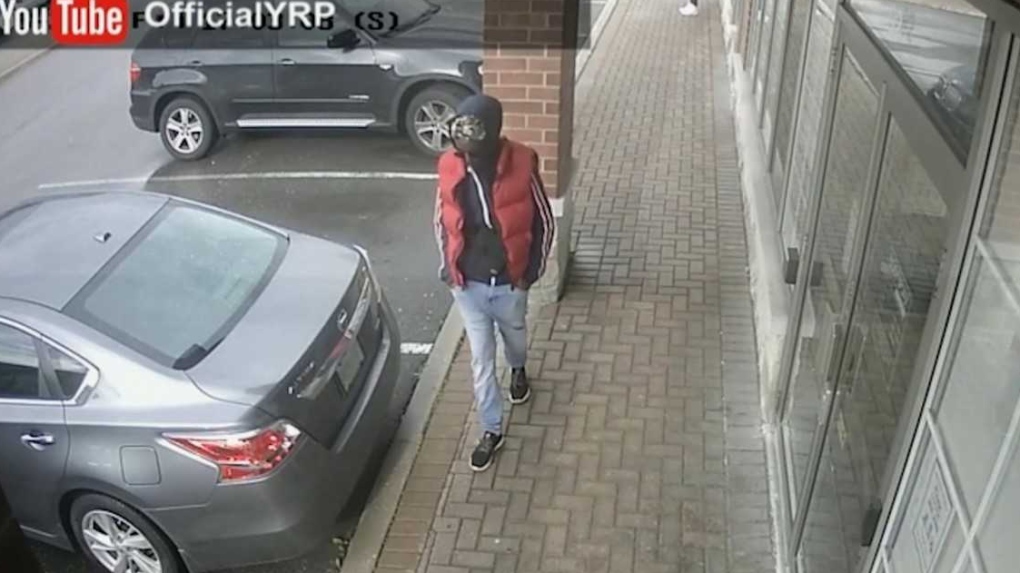 The series of events sent shockwaves through Toronto’s legal community.

“What happened to Ms. Carr was harrowing. It’s not what anyone who goes to law school and becomes a lawyer is expecting,” Erin O’Donovan, the president of the Toronto Lawyers Association, said.

She said lawyers are rarely targeted by clients, but it was particularly unexpected for Carr because she was in insurance law. She said it’s easy to demonize a lawyer because that’s the figure in court, but the truth is any lawyer is a small part of an important system that helps keep Canadians safe.

“We are officers of the court, and an attack on a lawyer is an attack on the judicial system as a whole,” she said. “He felt that by intimidating one lawyer that would stop the investigations. That’s not the case. If it wasn’t Ms. Carr it would have been someone else.”

According to the ruling, Abderezak was born in Toronto.His parents worked as a cleaner and a taxi driver, but his father left when he was about eight years old. His family left the country but he returned with his sister in 2015.

“Mr. Abderezak did not complete high school. He gravitated toward the wrong crowd. He became a substance abuser,” the judge said.

“In his remarks at the conclusion of the sentencing hearing, Mr. Abderezak apologized to the victims. He said that he accepts his responsibility for what he did and there is no justification for it,” the ruling says.

The judgment does not mention the organization that Carr was part of.

Meanwhile, the effort to rein in the GTA tow truck industry continues moving forward, with new towing rules on 400 series highways, and two guilty pleas from officers accused of sending some operators tips.