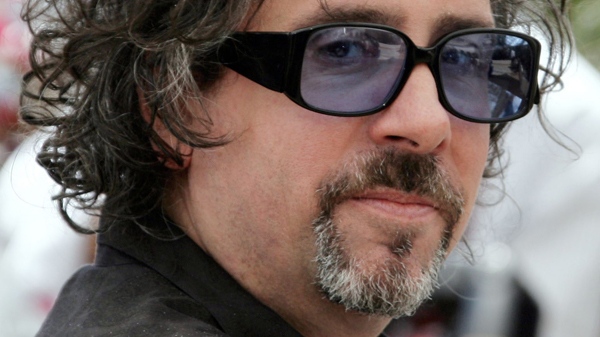 TORONTO - A Tim Burton aficionado could spend hours poring over the more than 700 paintings, drawings, puppets, costumes, storyboards and other ephemera from the eccentric director's career on exhibit in Toronto beginning this week.

But for Burton himself, the less time spent in the exhaustive archive of artifacts, the better.

"I have trouble looking at it, to be honest," Burton said in an interview. "It's just weird, you know? ... When I go into it, it's like an out of body experience. I kind of look at it all but not too closely."

"Even watching (my) movies, it's hard for me. This was even weirder, 'cause ... a lot of that stuff was never really meant to be seen, so to see it hanging up on a wall is really strange."

The shiny TIFF Bell Lightbox -- the permanent new home of the Toronto International Film Festival -- will launch its Burton exhibit on Friday. It runs through April.

The exhibition (which was originally organized by the Museum of Modern Art in New York) is a treasure trove of artwork, artifacts and personal effects from Burton's past, gathered from his own personal vault, studio archives, private collections (including contributions from frequent collaborator Johnny Depp) and even Burton's mother's basement.

Among the movie memorabilia on display: the titular hero's cowl from "Batman"; Depp's black-leather getup from "Edward Scissorhands" and a carefully preserved puppet from "The Nightmare Before Christmas."

But ardent fans of Burton (some of whom were lined up early Monday morning in the Lightbox in anticipation of an afternoon autograph signing session) might flock to the more obscure pieces.

For instance, the "Crush Litter" cartoon he designed at an early age, which was adopted by his native Burbank, Calif., to be used on the side of garbage trucks.

Or the illustrated story he submitted to an editor at Walt Disney in 1976. Burton's submission letter, his manuscript and the resultant rejection letter are all on display, alongside high-school essays, personal Polaroids and idle doodles dating back decades.

Of course, there will also be a film component to the exhibition.

This weekend, the Lightbox will screen a Burton marathon that will follow his career from 1985's "Pee-wee's Big Adventure" through to this year's 3D smash "Alice in Wonderland."

"I wouldn't wish that on anybody, honestly," Burton sighs.

Other jewels in the collection include his rarely seen 1983 television adaptation "Hansel and Gretel" (which was made for Disney with a Japanese cast and only aired once), a cluster of artifacts from his Internet series "The World of Stainboy" and art from a number of early projects that ultimately weren't developed.

Much of that material is derived from Burton's time working for Disney in the early '80s. The creative frustration he felt during that period is documented in a pointed sketch featuring a twisted take on Mickey Mouse.

He says now that while his experience working on the '81 animated family film "The Fox and the Hound" was a "nightmare," his Disney stint helped him focus on the direction he eventually wanted to steer his career.

"It was weird because I was employed there, I was at Disney, but I didn't feel like a Disney person. And they didn't really treat me like that. They always kind of treated me different. But at the same time, I enjoyed that, because I got to do things differently.

"So you know, it was a very formative time for me."

One of the notable elements of the exhibition is observing the ways in which Burton's ideas develop over time.

Some of the concepts for films released only recently can be traced back to Burton's drawings from decades ago, while the iconic images and costumes from many of his films were painstakingly developed through a series of sketches and character models.

The 52-year-old has a long-held habit of scribbling his drawings on cocktail napkins whenever inspiration strikes. On this day, he voluntarily withdraws a small black notebook from the inside pocket of his pinstriped sport coat to display some of his recent doodles, though he dismisses them as "pretty crude."

"I don't really write things down, so it's more just a visual reference for me -- kind of like a diary," he said.

And while the affable Burton doesn't necessarily feel comfortable navigating an exhibition devoted to his own creative career, he says the experience has been beneficial for him in a way.

"It's interesting when you don't look at something for so long to go back and reconnect with it," he said. "I think it can kind of re-energize you. It can kind of calibrate your thinking. And it's an interesting thing that I wouldn't have done if it hadn't been for this show."

Next up for Burton is an adaptation of the cult '60s TV series "Dark Shadows," which will star Depp. Production is scheduled to begin in April, though Burton was reluctant to discuss the project beyond saying that he was trying to "capture the weirdness of the feeling of that show, the vibe of it."

He says he still often feels at odds with Hollywood, a sense of alienation that hasn't subsided with his considerable box-office success.

"People think like, well, it gets easy, (but) every project is hard to get made. Every single one," he said. "I think you always feel a little at odds with it, just because it's the nature of it."

"No matter what you're doing and how successful you've been or not, it's always a struggle."

Looking back is tough, though, given that Burton says he has "real trouble" sitting through his own work.

"Partly because I feel close to every movie, but I can't watch them without thinking ... of the weather, how hot it was or cold it was, or how bad it smelled or this or that or how sick I was, or what my temperature was," he said. "It's hard for me to look at them and not get overwhelmed with a certain visceral feeling.

"Therefore, it makes it hard for me to look at it and go, 'Ooh, that's good or bad or whatever.' But you know, the further away it is, the easier it is for me to watch."

As another part of the exhibit, Burton's films will be screened alongside companion movies, some of which share only a spiritual link with Burton's films.

Hearing about some of the planned pairings for the first time -- "James and the Giant Peach" will be screened alongside "Jason and the Argonauts," for instance, while "Beetlejuice" will be preceded by Frederico Fellini's classic "8 1/2" -- he seemed simultaneously puzzled and impressed.