The Toronto homicide detective who solved the killing of Stefanie Rengel says he was left stunned by what the young woman charged with her murder admitted during her police interview.

Melissa Todorovic was just 14 years old when she ordered what the lead detective on the case calls a hit on her perceived love rival.

Rengel was also just 14 at the time, when she was lured from her East York home and stabbed to death by 17-year-old David Bagshaw, Todorovic's then-boyfriend.

It was January 1, 2008, when Rengel, the daughter of two Toronto police officers, was stabbed six times in the chest and left for dead in an icy snowbank near her home.

Former Toronto homicide detective Steve Ryan remembers that day like it was yesterday. 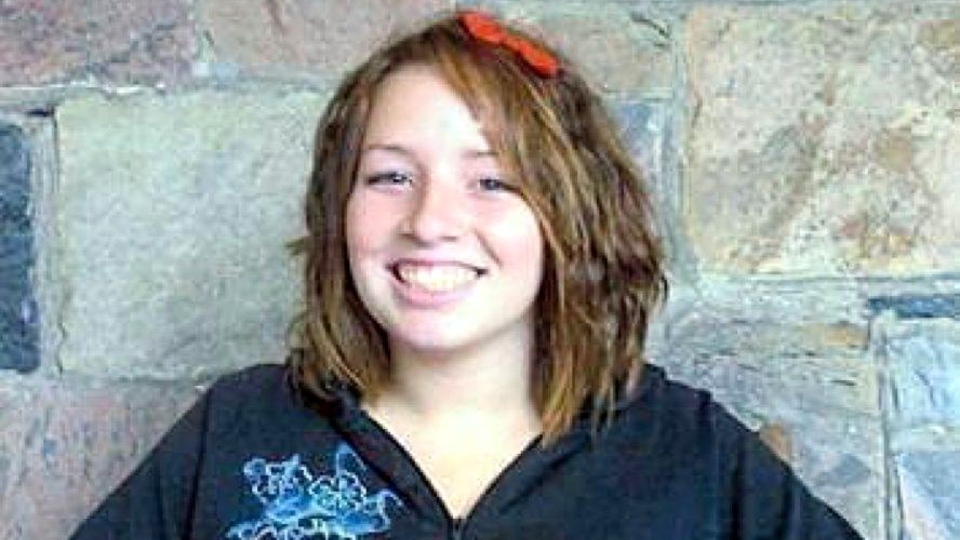 "I was on call that day, it was New Years Day 2008 and I got a call just after 7:30 p.m. advising that a 14-year-old girl had been stabbed to death here in East York, off Northdale Boulevard and I was told that her parents were Toronto police officers," Ryan said on this week’s episode of The Detective.

The seasoned police officer had solved many murders and horrible crimes, but the fact that the young victim belonged to his police family hit hard.

As it would turn out, the case would be a real eye opener for everyone involved. A high school student manipulated into killing a young girl for sex.

Rengel was at home babysitting her little brother when she received a phone call from someone calling himself Steve. He asked her to meet him outside her house. 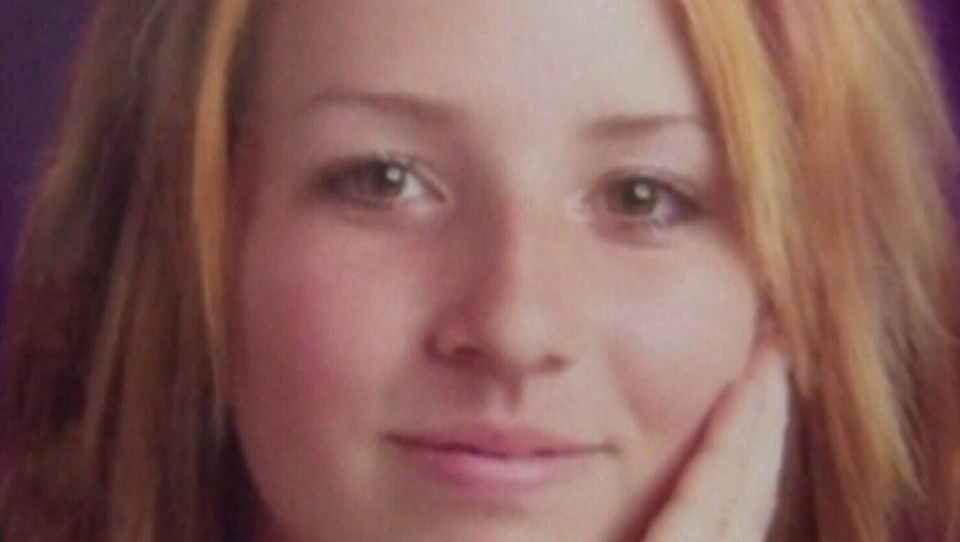 "She grabbed a coat," Ryan said, recalling it was one of the coldest days that winter. "In very light clothing and she ran out to meet 'Steve' or whoever it was calling her, and it was David Bagshaw and Bagshaw just blitzed her, he stabbed her multiple times and left her in the snow."

That year, Toronto was experiencing one of its coldest and snowiest winters in a long time. After stabbing Rengel six times in the chest, the killer ran away, leaving her in a snowbank by her home.

She would have died alone in the cold if it wasn't for a passerby who saw her in the snowbank and stayed with her.

"A passerby, God bless him, came by and stayed with Stefanie until her last breath. He talked to her, he testified in court, very powerful testimony in court, he was the last person to see her alive."

He called 911 and an ambulance would be on its way, but Ryan says the tape of the 911 call is heart-wrenching, as it picks up Rengel's cries for help.

"She was calling for her mom. She was cold, this passerby helped her, held her hand until paramedics arrived on scene, but she succumbed to the multiple stab wounds that she had," Ryan said.

What would soon unfold for the investigators would be a horrible tale of sexual manipulation that would lead to a young girl’s boyfriend killing her perceived rival in an act of jealously.

Ryan says the night Rengel was murdered, her mother Patricia Hung, arrived at the police station.

She had information that needed to be shared with investigators immediately.

"Stefanie's mom and her dad, stepdad showed up at the police station and remarkably Patricia insisted that she provide us an interview that night because she had information," Ryan said. "This is a woman who has just lost her child and just so stoic, so matter a fact with this information." 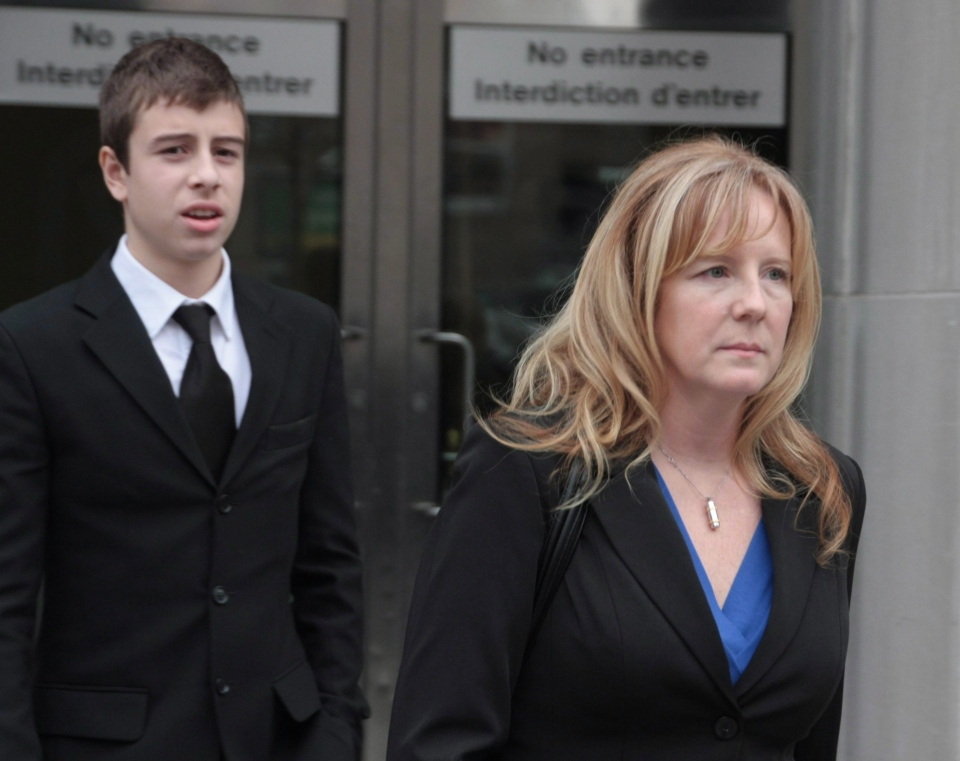 The investigators already had a suspect name.

In Rengel 's last breaths, she told the off-duty police officer holding her hand who did it.

But the Good Samaritan didn't quite get it right. He said the person responsible was David Beggs.

Months earlier, Rengel had told her Mom about a strange and bizarre encounter with a boy named David Bagshaw.

Ryan said Bagshaw showed up at Rengel's house weeks before the murder. 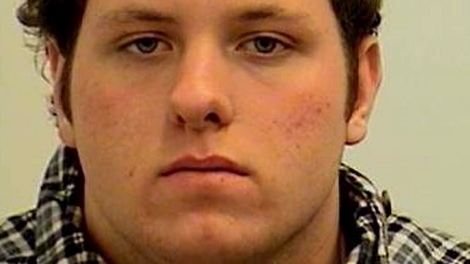 "He said 'if Melissa calls, tell her I was here and I tried to kill you, but I got scared and ran away.'"

The police officer in Patricia Hung, Rengel's mom, knew this needed to be dealt with right away.

"Patricia was having none of that. So she went over to Bagshaw's house and read him and his mother the riot act. Basically said 'Enough, this is nonsense, stop this.' And that is how she dealt with that at the time, but it never stopped."

Ryan said police would later learn from a neighbour of Rengel's that David Bagshaw had been spotted lurking around the house for hours before the murder.

Through Rengel's mom, the detectives now had David Bagshaw’s name and arrested him for first-degree murder.

They also had his girlfriend’s name, Melissa Todorovic, and the frightening story Hung told police about her daughter's earlier encounter with Bagshaw. 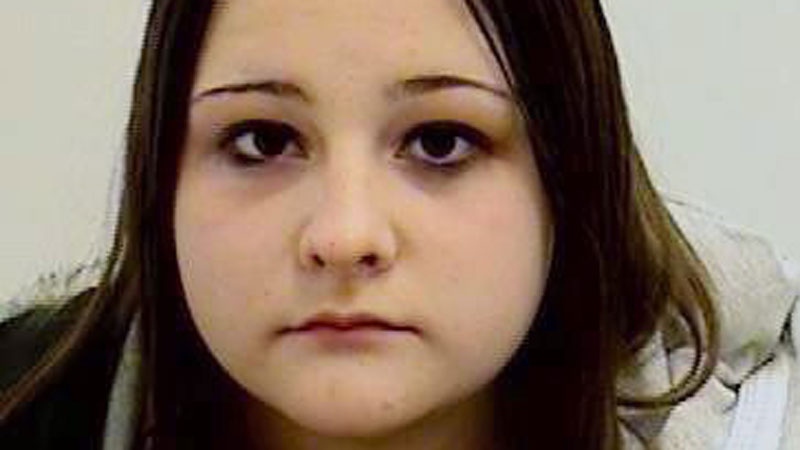 "After Patricia gives us the information, we called Melissa Todorovic as a witness," Ryan said.

The police were thinking that Todorovic will help solidify their murder case against Bagshaw, believed to be the boy with the knife who lured Rengel from her home and killed her.

But what came next, Ryan says, he was not expecting.

"During that interview, my partner at the time asked her would it be fair to say that you set this up, and she said 'Yes.' I'm paraphrasing now, but she said 'Yeah, I wanted her dead,' and her Mom tried to shut her up at that point, and said 'Melissa, what are you saying.?'"

"I wanted her dead and I'm glad she is," Todorovic told police. 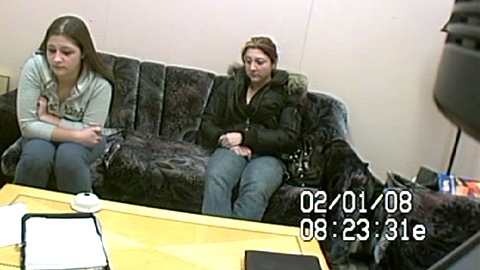 Ryan says he immediately stopped the police interview because now she was a suspect in the Stephanie Rengel murder.

Todorovic was handcuffed and taken to a holding cell in the police station, while the stunned detectives regrouped.

This was not how they thought this would pan out. Todorovic was now arrested in connection with the homicide and brought up from the cells for a second interview, not as a witness this time, but as a suspect in the murder of Stefanie Rengel.

Ryan says the interview with the Todorovic needed to be by the book, that with a minor, the detectives had to be mindful of the law and careful to dot each "I" and cross each "T" if this statement was to stand up in court.

"Getting statements into evidence for a kid that stole a Snickers bar is almost impossible, let alone a murder charge."

She sat on a couch about two feet from her mother who looked in total shock, across from her Ryan and his partner.

Todorovic in a calm, hushed voice, told the investigators about Rengel.

"There was just a general feeling I don’t like her and I wanted her dead," she said.

On the videotaped interview, Ryan is heard questioning her about the details of the plan for Bagshaw to kill Rengel. 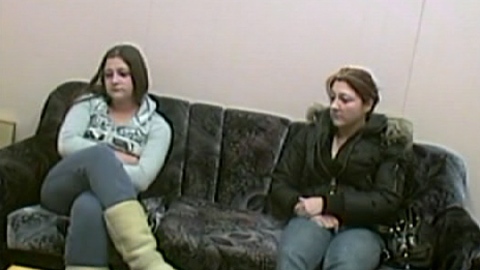 "So he phones you and says 'I have an eight-inch blade and I'm going to Stefanie's house. What was your response to that?" Ryan asks.

"Ok, do whatever you want," Todorovic replied

Ryan asked "What did you mean when you said 'Do whatever you want?'"

Todorovic responded "If you want to kill her, kill her."

The interview continues with Ryan drawing more details about the plan and what it felt like for Melissa after Stefanie was dead.

"There was a part of you that was relieved," says Ryan to Melissa, who responded "I wouldn't have to deal with it."

"Finally, he has taken care of this," Ryan says. "Yes," Melissa responds to the homicide detectives.

The boyfriend and girlfriend would both be charged with first-degree murder.

Ryan recalled the pressure of being in the witness stand for the Crown and the day several years earlier when Todorovic had admitted to the police she wanted Stefanie dead.

Ryan would be in the witness stand for three days of gruelling tough cross examination by the defence lawyer.

"It was a tough time, packed court room. You certainly don’t want to screw things up. There are no do-overs. Everything has to be perfect that comes out of your mouth. If the statement goes out, that could be the end of your statement. And possibly your case against her."

In the end, the statement did not get thrown out by the judge and helped the jury seal Todorovic's fate.

"The jury came in, they said they had a verdict and my knees buckled, they literally buckled because I was afraid that we were going to lose this murder charge for Patricia, for her family. And the jury came back with a guilty verdict on murder. I thought I was going to be sick, my knees buckled, I held onto the table and sat down acting all calm and cool, but I was dying inside."

A psychiatric report filed with the courts found that Todorovic exhibits a borderline personality disorder and she exhibits a characteristic that the judge called frightening.

"The concept that teenage angst becomes the driving force for murder leaves us both shocked and incredulous," he said.

But for Ryan, the worry now is when Todorovic gets out of prison, and he quotes one of the key witnesses at this unusual murder trial.

"The psychiatrist who testified on behalf of the Crown said that any other guys that Melissa gets involved with in the future, their lives are in danger because of her overbearing way with no emotion."

Todorovic did get out of prison. She was granted day parole for six months in late 2018, but was quickly called back by the parole board when they found her in violation of her release terms. 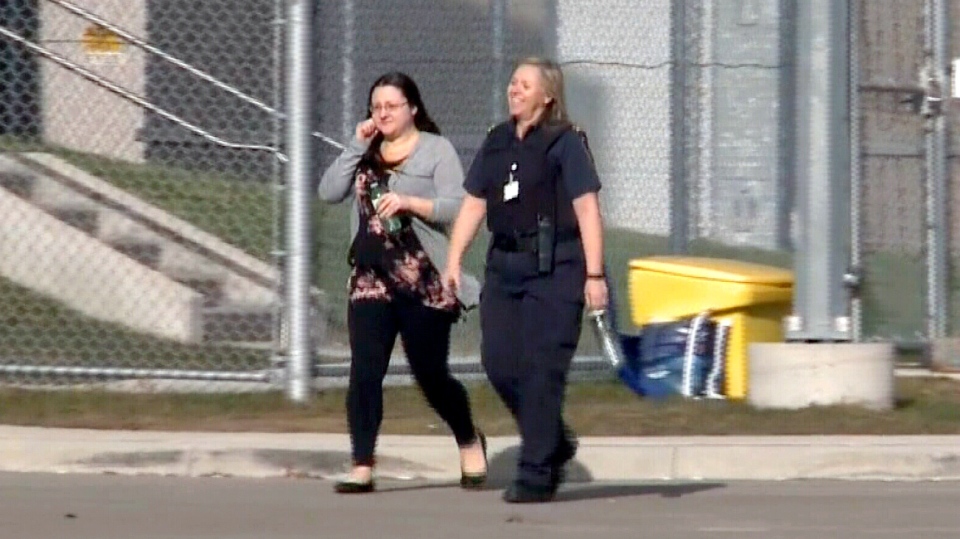 Her actions outside prison were described as a calculated deception by the parole board.

Todorovic had become involved in a love triangle with two ex-cons while out on day parole, a clear violation of her parole conditions

Her parole was revoked after her parole officer told the hearing at the Grand Valley Prison for Women that Todorovic appeared to be manipulating the two men against one another.

She was dating two ex-cons who were friends, and she was pitting them against each other.

Ryan says she was using her sexuality to exploit men.

"And that is what I did not understand, how does a 14-year-old child know how to manipulate the whole act of sex with a 17-year-old boy and hold it over his head and make him do what you want?"

Ryan worries about what she is capable of outside prison, because the likelihood is that one day she will be released.