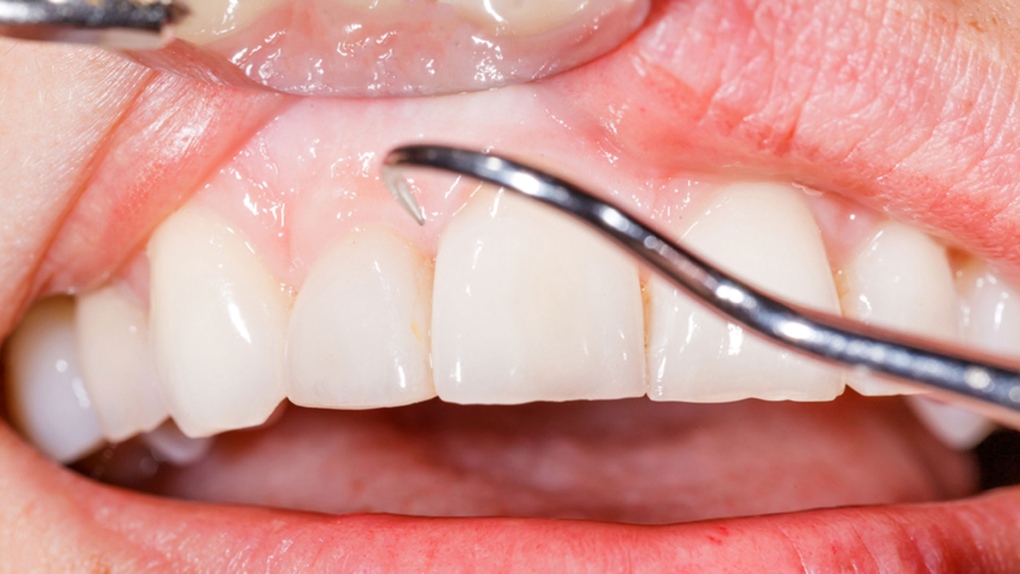 A dental examination is being shown in this file image. (Ocskay Bence / Shutterstock.com)

Ontario's Divisional Court decision upholding the "harsh" punishment for Alexandru Tanase comes even though regulators have proposed allowing hygienists to treat spouses as dentists may do.

"There is no other case of any dental hygienist anywhere in Canada who has been found guilty of sexual abuse for treating his wife," the court said in its ruling. "It is indeed unfortunate that the (discipline committee) elected to proceed with the complaint."

A disciplinary hearing arose after a complaint to the College of Dental Hygienists of Ontario from a colleague, who had spotted a June 2016 Facebook post from Tanase's grateful wife, identified as S.M., about the care he had provided her.

Evidence before the discipline committee was that S.M. feared dental treatment and had had no care for several years when she became platonic friends with Tanase in 2012. He soon provided her with free in-office treatment.

In mid-2014, court records show, they became romantically involved and he stopped treating her because of the blanket ban on sexual relations between health-care professionals and their patients. The province enacted the zero-tolerance policy in 1993 to protect patients from exploitation. Consent is irrelevant.

While working at a clinic in Guelph, Ont., a colleague told Tanase that dental hygienists were allowed to treat their spouses. In fact, the college approved a spousal exemption in September 2015 but the legislature never adopted the rule -- as it has done for dentists.

Based on his erroneous understanding of the law, Tanase began again treating his otherwise treatment-averse fiancee, and continued doing so after they married in early 2016.

The discipline committee ruled it had no choice but to find Tanase had violated the ban on sexual relations with a patient -- even though the patient was his spouse and the sex consensual -- and therefore subject to mandatory licence revocation.

"You have paid a heavy price," the committee said. "We sincerely hope to see you again as an active member of the dental hygiene profession."

Tanase appealed to the courts, arguing the law violated his constitutional rights.

In its ruling, the Divisional Court panel said Tanase posed no danger to the public, and expressed sympathy for the couple given that he cannot practise for at least five years.

The panel noted a previous case in which the college took no action against a female hygienist who treated her husband in light of their pre-existing spousal relationship and questioned why the Tanase complaint had gone forward. The court also said it seemed unfair that dentists can treat their spouses but hygienists can't.

Nevertheless, the panel ruled the licence revocation as a "sexual abuser" and "stigma" of having details of his discipline posted on the college's public website were constitutional and did not amount to cruel or unusual punishment. Current law and previous legal decisions upholding the validity of the sex ban and mandatory punishment for a violation had tied its hands, the court said.

"Unless and until the Ontario government approves the regulation put forward by the College of Dental Hygienists to enact a spousal exemption, the mandatory revocation and ancillary relief imposed by the discipline committee as they pertain to spouses must be upheld," the panel said.

The government did not immediately respond to a request for comment but Tanase's lawyer, Seth Weinstein, said his client planned to seek leave to appeal before a five-judge panel because the Court of Appeal has previously upheld the legislation.

"From our perspective, the law was never intended to capture this conduct," Weinstein said.