Decline in Toronto's COVID-19 infections could be slowing or plateauing: wastewater data 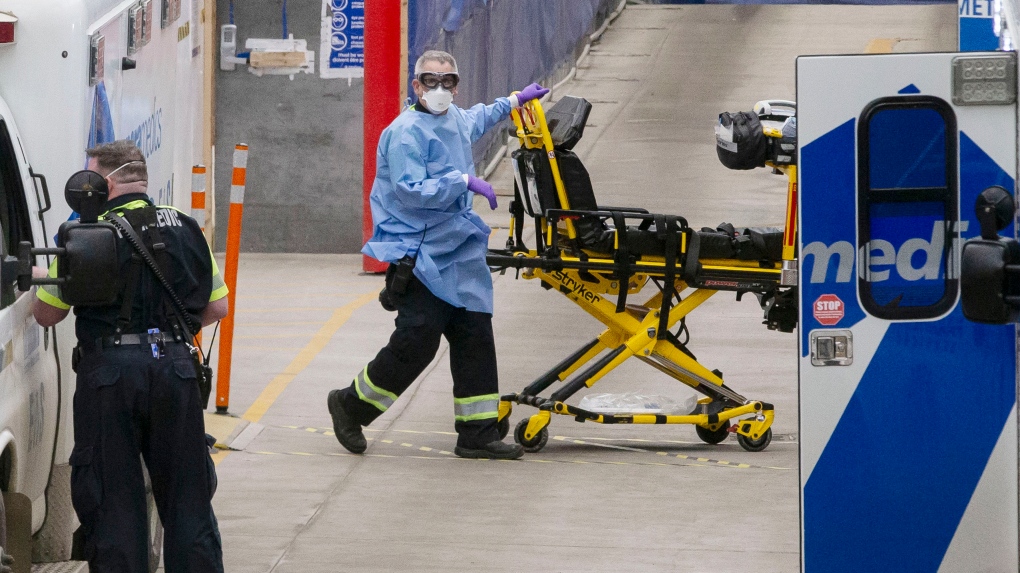 Paramedics are seen outside a Toronto Hospital on Wednesday, January 5, 2022.THE CANADIAN PRESS/Chris Young

Newly released wastewater data suggests that the recent decline in COVID-19 transmission in Toronto could be slowing or even plateauing but the city’s top health official says that she still remains cautiously optimistic about the weeks ahead.

The data, which was posted to the city’s website on Friday morning, provides the most detailed look yet at the results of a wastewater surveillance project being conducted in collaboration with researchers from Ryerson University and the University of Toronto.

It shows that at three of the city’s four water treatment plants the so-called “wastewater signal” meant to reflect the levels of COVID-19 detected in sewage samples saw “little to no change” over the last 30 days, after previously being on the decline.

Discussing the data with reporters at a briefing on Friday, Toronto’s Medical Officer of Health Dr. Eileen de Villa conceded that it points to a decline in transmission that could now be “showing some signs of slowing or plateauing.”

But she pointed out that other indicators tracked by the city, including case counts, positivity rates and institutional outbreaks, all continue to decline.

In fact, Toronto’s rolling seven-day average of case counts dropped 38 per cent week-over-week to 871 as of Jan. 25. Its average positivity rate also went from 20.3 per cent to 16.6 per cent over the same time period.

“Taken all together there are certainly some encouraging signs and while they give reason for optimism we must remain cautious, especially as in-person interactions will increase following the loosening of provincial restrictions (on Monday),” she said. “It remains critical that we all continue to do our part to minimize the spread and impact of COVID-19 by taking the steps that have been proven to work time and again. This includes getting vaccinated, reducing our contacts, wearing a well-fitted high quality medical mask, practicing physical distancing, increasing ventilation and staying home when we are sick.”

The city has used wastewater data to track changes in the level of infection in the community throughout most of the pandemic but with the eligibility for PCR testing now significantly reduced, de Villa said that the numbers can be used as a stand in to help the public “understand the presence of COVID-19 in the community regardless of the testing strategy in place.”

To that end, she said that Toronto Public Health will now begin publishing a summary of the data on a weekly basis part of its COVID-19 monitoring dashboard.

The data released on Friday shows an exponential rise in the wastewater signal at Toronto’s water treatment plans as the Omicron variant took hold in December followed by a decline in early January that now appears to be slowing.

Speaking with reporters, de Villa suggested that the data could be a useful tool in monitoring the spread of COVID-19 as we “increasingly” shift away from an approach focused on eliminating the virus to one in which we are learning to live” with it.

“I think the reality now is that increasingly public health officials the world over are recognizing that given the current circumstances and given the presence of variants like Omicron and the significant transmissibility that they bring with them we are likely to find ourselves in a situation where we are learning how to live with COVID,” she said. “What exactly that looks like will depend on what we see on the ground but I think it will involve using those lessons we have learned over the last two years.”