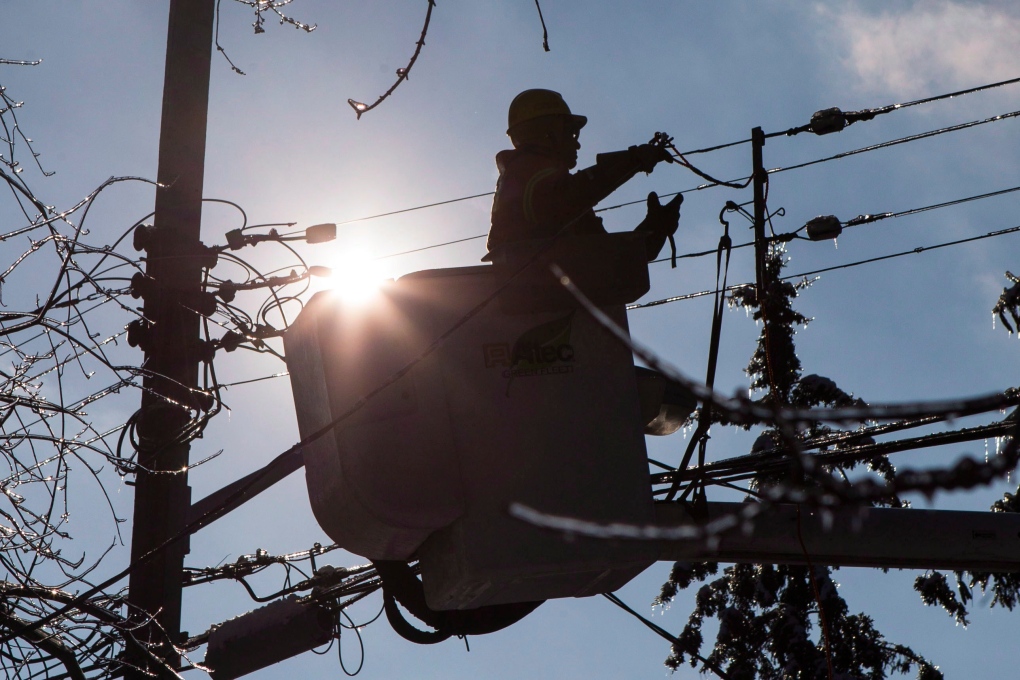 A Toronto Hydro line worker works to restore power to a house in a Scarborough neighbourhood on Friday, Dec. 27, 2013. (Chris Young / THE CANADIAN PRESS)

Torontonians will not be asked to shell out extra money for power in the wake of a mammoth ice storm that cost Toronto Hydro an estimated $12.9 million.

Toronto Hydro President and CEO Anthony Haines had previously hinted that the costs from restoring power to tens of thousands of Torontonians could be passed onto to customers, but on Monday he told CP24 that customers will be spared any storm-related rate hike this year.

“Our customers really stuck with us and I just didn’t like the idea of asking them to pay for the costs associated with this storm, so today we made a decision that we will not be asking the Ontario Energy Board for any relief due to the storm costs and therefore our customers will not be asked to absorb those costs,” Haines said. “I think that is a fair settlement for everybody.”

At the height of the December ice storm, about 300,000 customers were in the dark.

The outages took more than a week to fully restore, costing Toronto Hydro about one million dollars in lost revenue, $10 million in labour and another $2 million in materials.

Speaking with CP24 at city hall, Haines said a particularly profitable summer along with a few other unspecified efficiencies helped Toronto Hydro absorb the costs from the ice storm.

“There were some regulatory decisions we got last year that really helped us out and frankly last summer was quite warm, so there were additional revenues associated with that,” he said. “It was really a combination of all sorts of things. A little thing here and a little thing there and it all came together and allowed us to not increase the rates.”