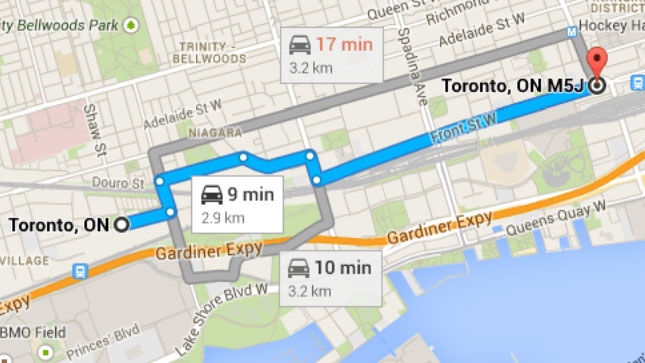 A map shows the route the Liberty Village Express bus would take.

A group of commuters is taking Toronto transit into its own hands, attempting to create a new bus line funded by residents of the city.

LineSixTransit is asking backers to donate money in exchange for a guaranteed seat on a bus that runs between Union Station and Liberty Village on weekday mornings.

LineSix takes its name from Toronto-born Drake's latest album "Views From The 6," rumoured to be a reference to the city.

The website promises "no more unpredictable delays and over-crowded commutes" on the 2.9-kilometre route.

Organizers are trying to raise $2,500 for a pilot project, which would run from Oct. 6 to 10, and have raised $1,400 so far. During the pilot, LineSix plans to provide all passengers with free coffee.

If the group doesn't reach its goal of $2,500, all money will be returned.