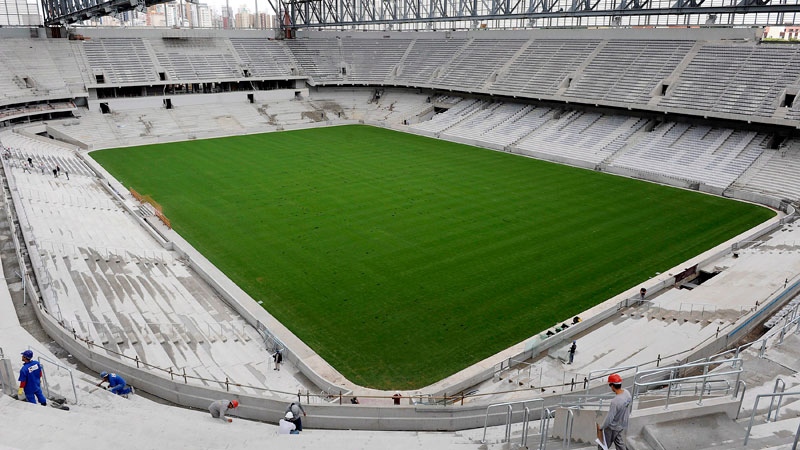 Construction continues at Arena da Baixada, one of the stadiums that will host matches during the 2014 World Cup, in Curitiba, Brazil, Tuesday, Feb. 18, 2014. (AP / Denis Ferreira Netto)

A city councillor is scheduled to discuss the feasibility of bidding to co-host the 2026 World Cup in Toronto in front of council on Wednesday.

The suggestion, posted on the city hall agenda for April 1 and 2, recommends that the city manager, deputy manager, and economic development and culture general manager look at opportunities to host the World Cup by partnering up with cities "within one day's drive of Toronto."

If approved, staffers would meet with regional, national and international organizations to discuss the economic importance, including costs and benefits, of hosting major events like the soccer tournament.

The motion also suggests the city support a live broadcast of the FIFA men’s World Cup finals in July, being played in Brazil, to celebrate the bid.

The live broadcast would also be an "extension of the celebration" to mark the one-year countdown to the 2015 Pan Am Games in Toronto.

In the motion, Grimes wrote that the event would build on Toronto's, Ontario's and Canada's reputations as hosts for major sporting events. He estimates the event would bring 160 million people to the Toronto area.