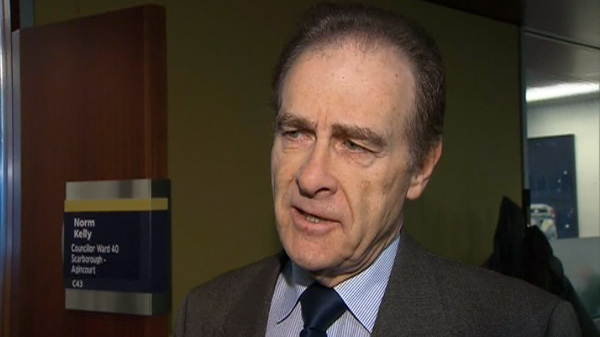 Toronto Mayor Rob Ford announced on Monday that Scarborough-Agincourt Coun. Norm Kelly will be taking over the position of deputy mayor.

Kelly is replacing Doug Holyday, who recently won a provincial byelection in Etobicoke Lakeshore, where he ran as a Progressive Conservative candidate.

"I am very pleased to announce the appointment of my new Deputy Mayor, Norm Kelly. He brings a wealth of knowledge and experience to the role," Ford tweeted on Monday.

The appointment of Kelly to the position of deputy mayor comes as no surprise.

Ford said in July at his annual Ford Fest barbecue that should Holyday win in the byelection, he would appoint Kelly to the position.

"Norm Kelly is going to be the new deputy mayor in this great city folks," Ford told the crowd. "I asked him, he said ‘absolutely.’ So let’s get out and get Doug Holyday in and get Norm Kelly as the deputy mayor, and let’s keep Scarborough rocking."

With files from CP24