Construction along stretch of Bloor Street West comes to an end

TORONTO -- An eight-month long construction project along a busy stretch of Bloor Street West has come to an end.

Extensive work, which began in May between Spadina Avenue and Bathurst Street, was needed to replace a 142-year-old watermain.

As part of the project, crews with the City of Toronto created new green spaces, including five parkettes, in The Annex neighbourhood. 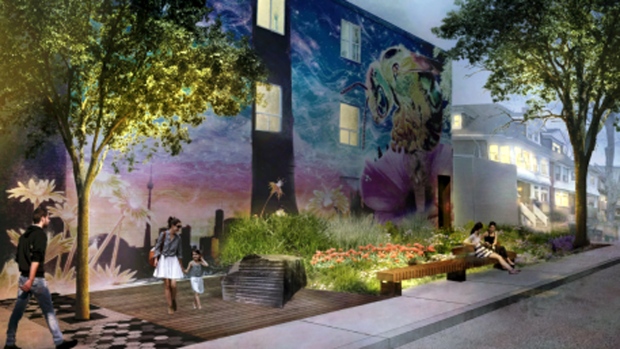 As well, the Bloor Street bike lane pilot project, which was approved by city council in May 2016, was made permanent during the construction. New raised cycle tracks separating the bike lanes from car lanes have been installed where possible.

Landscape architects and urban designers with DTAH were brought in to work with the Bloor-Annex Business Improvement Area (BIA) and city officials to plan and execute the new parkettes, which replace concrete and asphalt previously there.

“These are meant to be spaces to sit, to meet, but also to have ecological planting, pollinator species, to transform a paved surface into a more porous planted space,” he said.

While the new parkettes include large wooden benches for sitting, sustainable wood decking and plants, many large stones have been included as well with use of a large crane.

Eight of the stones are Cambrian black granite. They are millions of years old and have been carved to be artistic pieces, as well as serve as a place for people to sit. 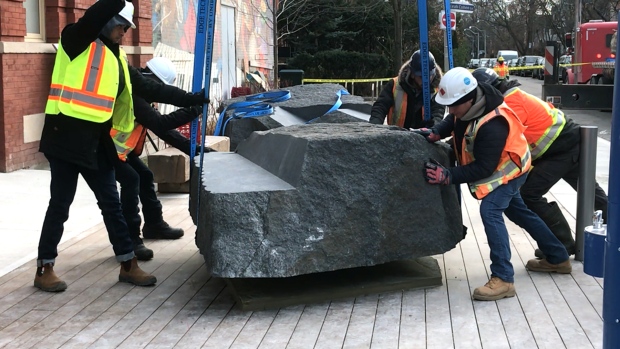 One of the stones placed at the Howland Avenue Site was found while crews were excavating nearby on Major Street. It is believed to be more than a billion years old. A worker said it was discovered meters below ground level and would have travelled hundreds of kilometers in the last ice age to end up there.

With all of the necessary work completed in the project in mid-November, city officials were pleased to remove traffic restrictions and open the bike lanes two weeks ahead of schedule.

The BIA will take on the responsibility of maintaining the sites for residents to enjoy and a final inspection of the work will be completed at an unknown time.