TORONTO -- A community project is providing an open door for those suddenly finding themselves with limited income or facing food insecurity.

“We all have ways that we can share our own wealth or privileges,” Jalil Bokhari, co-creator of ‘Community Fridges Toronto, said.’ “Some of us have money we can put towards food, and some of us have fridges we can donate.”

The ‘Community Fridges Toronto’ project allows people to take food from the designated refrigerators when necessary. Their motto is ‘take what you need, leave what you can.’

“The idea is that essentially people from different communities come together,” Bokhari explained.

The fridges are set up outside of businesses throughout the city. Volunteers maintain the fridges, keeping them re-stocked with produce and vegetables, and seeking out donations.

“During a pandemic, it’s not just the people we typically associate to need help paying for food,” said Cindy Li, a volunteer with Community Fridges Toronto. “It could be people that you know that you’re not even aware of. They lost their job, or they were furloughed, or they have no access to CERB, or whatever reason. So I think that in itself makes it so positive to do work for.” 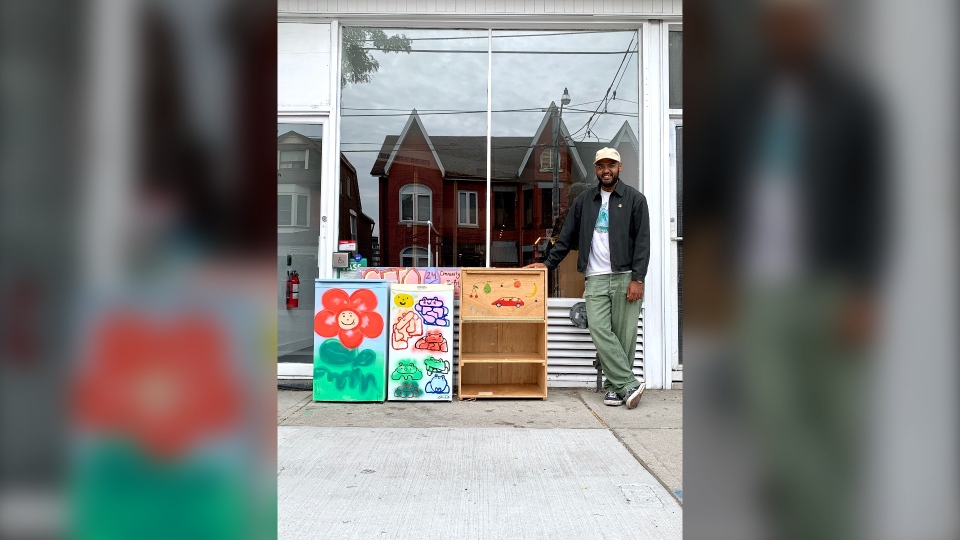 Bokhari says the idea for ‘Community Fridges Toronto’ was inspired by similar work that a friend was doing in Brooklyn, NY. After teaming up with a friend in the restaurant industry who would often donate food, the project took off. Word quickly spread, partly thanks to Instagram, and people started reaching out to help.

“The last two or three months, as people were protesting more, people started donating more,” Bokhari told CTV News Toronto. “Food adds up, and we have a no-judgment policy around here.”

The network of community fridges can be found off College, Queen, Dundas and Adelaide streets, and in communities like Regent Park, Parkdale and Trinity-Bellwoods.

“I think anybody could do it,” Li said about volunteering to help with the project. “And, of course, the more volunteers the better!”

“One of the most important things for me is that it’s a community involvement,” Bokhari added. “It’s people going out and realizing that they can actually aid in their community.”

Those looking to get involved can reach out through the group’s social media channels.