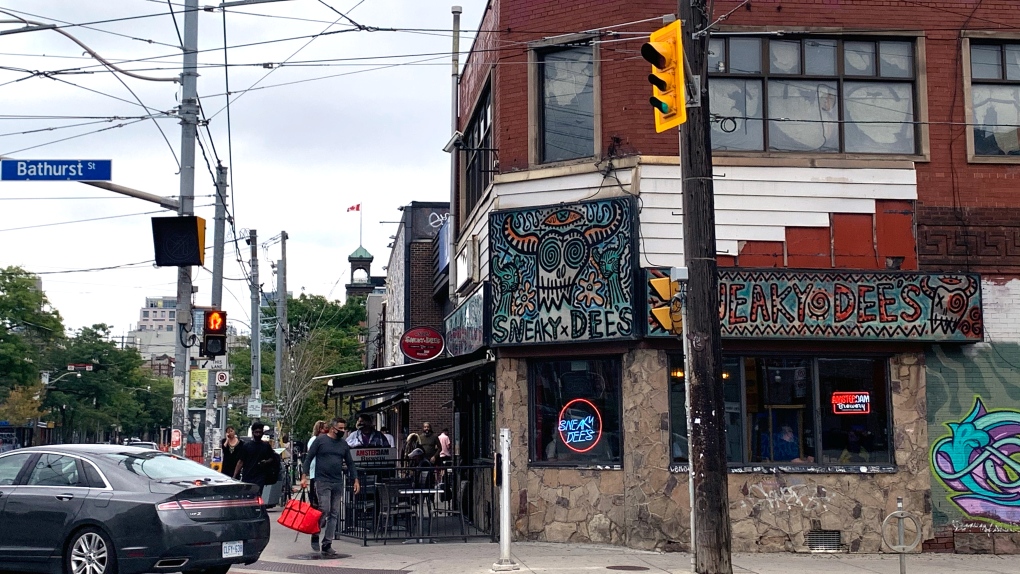 TORONTO -- The City of Toronto says it has not yet fully reviewed a controversial development application that could be the fall of Sneaky Dee’s, an iconic downtown music venue and restaurant.

The proposal, which was submitted on Sept. 4, calls for a 13-storey mixed-use building that would take over the lot Sneaky Dee’s currently sits on, as well as other neighbouring units along College Street east of Bathurst Street.

In a statement issued on Tuesday, the city said there are apparent issues with the proposal for the building, which calls for 169 dwelling units and 13,009 square metres of “combined residential and non-residential gross floor area” built.

“Of note, the owner of this property has appealed the planning policy for this area, known as the College Street study,” the city stated. “The College Street Study recommends a maximum height for buildings of 30 meters, which is significantly less than the 13 storeys requested in the development application.”

The city also stated that its planning committee is also acknowledging that the replacement of music venues on this property is an issue.

Reacting to the possible closure, Mayor John Tory said he too is concerned about the potential loss of another music venue in Toronto.

“We know the importance of music venues in our city – that’s why we have taken action to help provide property tax relief for these sites to help them remain viable,” Tory said on Monday.

“I am committed to working with local councillor Mike Layton to make sure whatever happens at this location is in the best interests of the community, something which goes well beyond any single development.”

Councillor Layton expressed on Twitter this past weekend that the city cannot afford to lose institutions like Sneaky Dee’s, which has been around since 1987.

“There are many considerations, but first will be that the area has been under review as part of a Kensington Market Heritage Conservation District coming to council in fall,” he said.

When asked further about the proposal on Monday, Layton said the city will be receiving supportive documents from the developer in the coming weeks.

Many fans of the music venue and restaurant took to social media to oppose the development. Thousands have signed an online petition to "save Sneaky Dee's."