A two-year-old child is being rushed to a trauma centre after being struck by an air conditioning unit that fell from an apartment building in Scarborough.

The incident occurred around 3:30 p.m. near Lawrence Avenue and Mossbank Drive.

Police said that the air conditioning unit fell from the eight floor near the back entrance of the building.

The child sustained life-threatening injuries, paramedics said, and is being transported to a pediatric trauma centre. 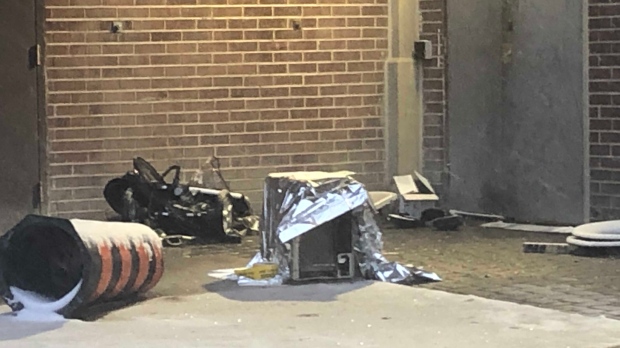 As of 7 p.m., Toronto police had not released any new information about the child's condition.

A resident who lives in the building said the incident is nervewracking, as her family walks through the back door on a regular basis.

“That could have been my child so, I sympathize with the parents right now," Sophria La-Foucade said.