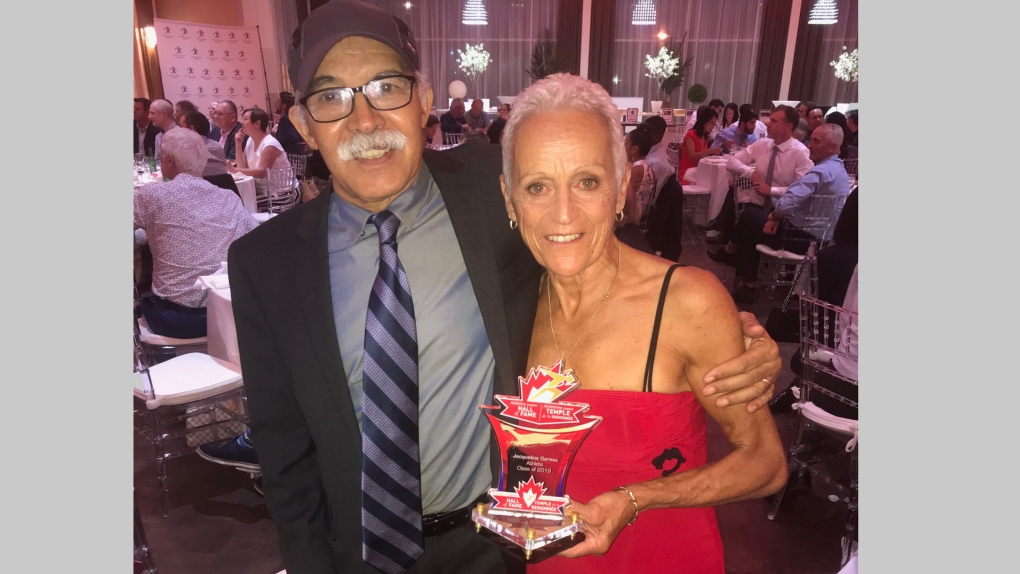 A 66-year-old Canadian was inducted in the hall of fame 39 years after winning the Boston Marathon.

Jacqueline Gareau’s long list of accomplishments as a marathon runner was recognized in Montreal on Wednesday night on the eve of the 2019 Canadian National Track and Championships.

But Gareau’s career isn’t well known. Perhaps the biggest race of her life was overshadowed by a woman who cheated, jumping into the 42. 2 kilometre race close to the finish line.

Gareau said she has no ill feelings for Rosie Ruiz, who was named the winner in the female category of the 1980 Boston Marathon before having the title stripped. In fact, Gareau says she feels pity for her.

The former respiratory therapist only began running at the age of 21 when she saw the effects of smoking on her patients. A smoker herself, Gareau and a co-worker ran around the block, then around a park. She could barely finish, but she threw away the cigarettes and traded one addiction for another.

When the endorphins kicked in, “I felt great!” she said.

The Ste-Adele native began running farther and joined a long distance running group. After one particular three-hour run, her running mate said, “You should run a marathon.” Gareau asked, “What’s a marathon?”

She began winning local races in Montreal and Ottawa. Gareau was then invited to run the New York marathon and qualified for the Boston Marathon in 1980.

Well into the race, she was told she was in first place. But as she crossed the finish line, there was no ribbon to run through, no fanfare and no euphoria. It was then she learned she had been come second.

Ruiz had “run” more than two minutes faster. After the race Ruiz was unable to answer questions about the run, her interval times or how she did it. A reporter from Runners World turned to Gareau and said, “You are the winner to us.”

It took a few days until it was determined Ruiz did not run the entire race and was disqualified. A low key ceremony bestowed Gareau with the medal and that all important wreath.

Twenty-five years later, Gareau was invited back to Boston and was treated like a celebrity.

She went on to win nine marathons and came fifth at the world championships. Looking back, she says she had a good career and has no regrets.

A poor showing at the 84 Olympics—because she “didn’t listen to her body”—and a pregnancy at the age of 40 ended her chances to compete in 1992. But she calls her son, who is now 26 years old, her medal.

She proudly admits she is stubborn, which has served her well. Gareau is now a massage therapists and motivational speaker, encouraging people to “move and create the life you want.”

“I am happy where I am,” she said. “There is no place for regrets for me.”