Canadian arrested at airport in Amsterdam for alleged bomb threat 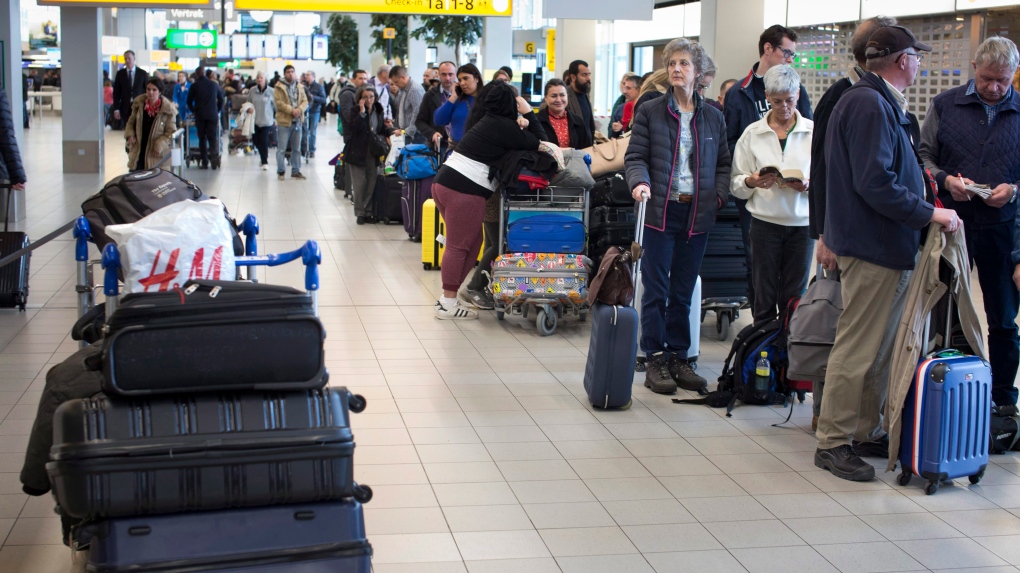 A group of travelers queues to inquire at a counter at an otherwise quiet Schiphol Airport near Amsterdam, Netherlands, Thursday, Jan. 18, 2018. (AP Photo/Peter Dejong)

AMSTERDAM - A 51-year-old Canadian man has been arrested at Amsterdam's Schiphol Airport after authorities say he claimed he had a bomb.

Joanna Helmonds, a spokeswoman for the border police agency in The Netherlands, says the incident occurred Monday evening in one of the airport's departure halls.

Helmonds says the hall was evacuated as a precaution.

She says police are continuing to investigate and that more information will be available on Tuesday.

Tweets by the border police say no explosives were found and the man was held in custody.

The terminal was reopened after the arrest.