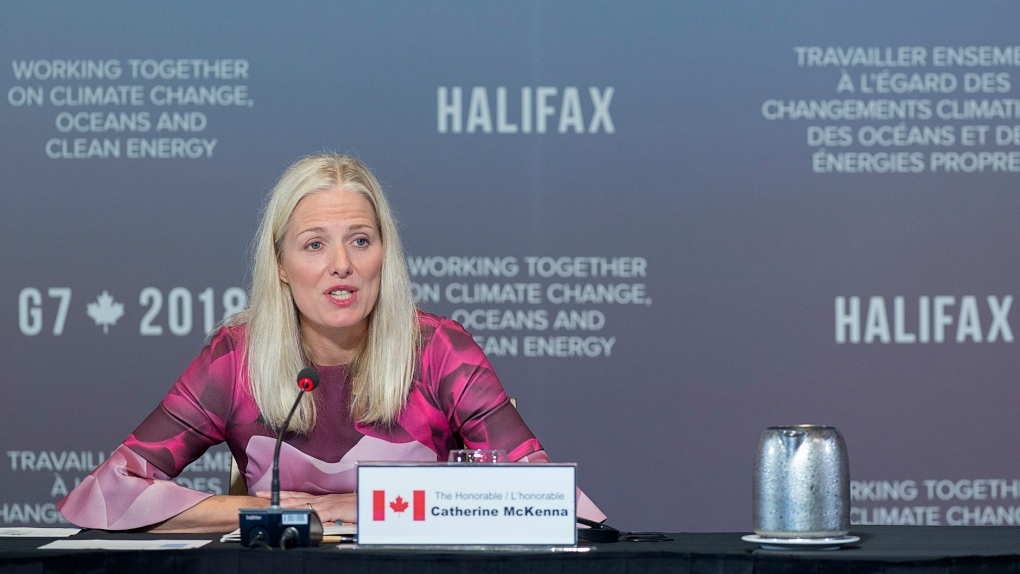 OTTAWA -- Canada's new asbestos ban will not prevent companies in Quebec from sifting through the waste left over from decades of mining asbestos to look for magnesium.

Environment Minister Catherine McKenna is set to announce the new regulations on Thursday in Ottawa after cabinet gave the nod of approval to them at the end of September.

The regulations, which will take effect at the end of the year, bar the import, sale or use of processed asbestos fibres and products containing them, as well as consumer products that have more than trace amounts of asbestos.

The regulations however do not apply to residues left from mining asbestos, which in Canada include about 800 million tonnes of residue near mines in the Quebec towns of Thetford Mines and Asbestos. Asbestos mines were the main economic driver in both regions for decades until concerns about health impacts of asbestos collapsed the market. The last mine in Canada, in Thetford Mines, stopped operating in 2011.

As much as 40 per cent of the leftover rock still contains asbestos.

Earlier this year the Quebec government helped finance Alliance Magnesium with a $17.5-million loan and a $13.4-million equity interest. The company has developed a technology to extract magnesium from asbestos tailings and hopes to sell the magnesium to auto parts makers and aerospace manufacturers who can use it in place of aluminum to make cars and planes lighter.

Joel Fournier, president of Alliance Magnesium, said the process his company uses destroys the asbestos fibre left in the rock by dousing it in acid. The processing then leaves behind magnesium and amorphous silica. He said the workers wear appropriate protection to keep them from inhaling asbestos fibres, but added the firm's research has shown very few fibres end up airborne.

However, Kathleen Ruff, an expert on asbestos, says it is disappointing Ottawa is allowing an exemption from the ban for mining residues.

"Everyone is in favour of jobs and helping communities, everyone is glad for new enterprises but it shouldn't be at the cost of human health," she said. "It shouldn't be unsafe."

Gilles Mercier, whose father died of asbestos-related lung cancer in 2017 after a career installing asbestos-laden heating systems and roofing tiles, said Wednesday the federal regulations are a "good start" but that they don't go far enough to protect potential workers who could be exposed to asbestos fibres from the tailings.

The regulations do bar use of asbestos tailings to manufacture products that contain asbestos or for use in construction or landscaping unless authorized by the province where it would occur.

Mercier says that is just not good enough because workers will risk being exposed to asbestos, and stirring up the tailings also poses a risk to the people whose homes, schools and businesses are nearby.

"It's a good start but for Quebec, I'm not confident the province will take its responsibility seriously," said Mercier.

In particular, Mercier is livid that Quebec's standard for workplace exposure to asbestos fibres is 10 times higher than the rest of Canada. Quebec allows workers to be exposed to up to one fibre of asbestos per millilitre of air. Elsewhere in Canada it is one-tenth of one fibre per millilitre, and in some countries including France and the Netherlands it is 0.01 of a fibre.

"It's unbelievable," he said. "How can I live in a place like this?"

A spokeswoman for McKenna said these regulations are the final step in banning asbestos and products containing it, and emphasizes the tailings can't be used to make anything that has asbestos in it.

"All other activities, such as mine site closure, mine site reclamation, and use of asbestos mining residues to extract metals, would be outside the scope of the regulations," said Caroline Theriault. "Provincial regulations for these activities would continue to apply."

Canada agreed to ban asbestos in 2016, after years of pressure from health experts and former workers and their families, but Canada continued to argue it was safe if used with proper precautions.

Statistics Canada data shows that in 2016 at least 510 Canadians died of mesothelioma, an asbestos-linked lung cancer. The number of new mesothelioma cases has gone up more than 60 per cent in the last 20 years but that number does not reflect any data from Quebec since 2010. That province stopped reporting new cases eight years ago.

Asbestos disease can take 20 to 50 years after exposure to take hold and has in the last quarter-century become the leading cause of occupational death in Canada.