TORONTO -- A 14-year-old boy abducted on a Toronto street on Wednesday morning as retribution for his stepbrother's $4 million drug debt has been found safe, police say.

In a tweet on Thursday evening, Toronto police said the teen is being taken to hospital for a medical checkup. Police will provide more details in a press conference on Friday morning.

An Amber Alert was issued for the boy, who police said was last seen around 8:26 a.m. Wednesday screaming "help me, help me" as he was forced into a black Jeep Wrangler by two men.

Police said the abduction happened outside of 353 Driftwood Avenue in the city's Black Creek neighbourhood.

Police said bystanders reported the teen's cries for help and an investigation was launched, but the incident was not connected to an alleged abduction until the teen's parents reported him missing shortly after 5:30 p.m.

"We believe the teen was abducted as retribution for an unpaid drug debt," Toronto Police Supt. Steve Watts told reporters on Thursdaym, hours before he was located.

"Investigators believe the teen's brother owes a large debt in relation to a multi-kilo cocaine rip and has since fled the GTA."

The drug deal at issue is alleged to have taken place in the summer of 2019, Watts said, adding the value of the drugs taken was approximately $4 million.

He said the boy's stepbrother is suspected to have fled the Toronto area some time after the drugs were taken. He said officers have since made contact with Osikoya and he is co-operating with investigators.

Watts said the teen was not personally involved in a criminal lifestyle.

He said there has since been communication from his abductors and police believe the boy is still alive, but offered no further details.

Meanwhile, Watts said that a burnt-out vehicle found in the area of Forks of the Credit Provincial Park in Caledon, Ont. earlier Thursday matches the description of the vehicle witnesses have described.

"We believe this is the same vehicle used in the abduction," Watts said.

Aerial footage from the CTV News Toronto helicopter, which was captured on Thursday morning after the vehicle had been taken away, showed multiple police vehicles and officers in the area it was discovered.

The teen's parents reported him missing on Wednesday evening. 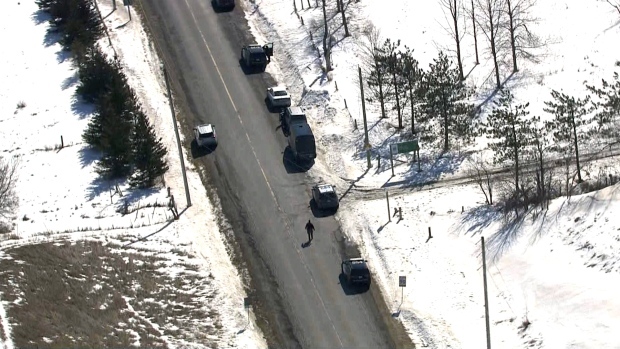 The Toronto District School Board confirmed to CTV News Toronto on Thursday afternoon that the teen is a Grade 9 student at Newtonbrook Secondary School, which is located in the area of Hilda Avenue and Steeles Avenue West.

Ryan Bird, a spokesperson for the school board, said automated phone calls typically go out to parents or guardians twice daily, usually around 11 a.m. and 6 p.m. He said morning absences should have been recorded and then issued as part of the school’s morning call, but they “did not get recorded in time.”

The first attendance call did not go out until 6:09 p.m., Bird said. 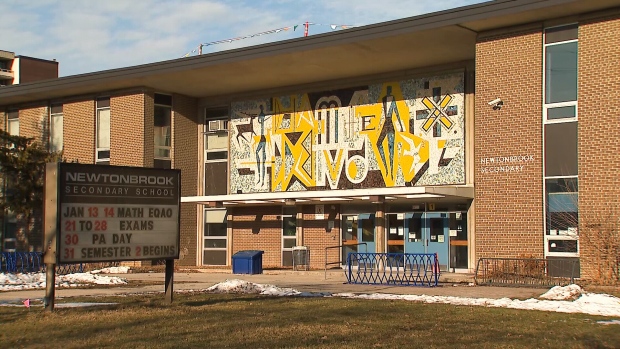 "Because it wasn't entered in time for that cut-off it (the call) got shifted to later in the day."

He confirmed that four staff members have been placed on home assignment while the school board investigates the matter further.