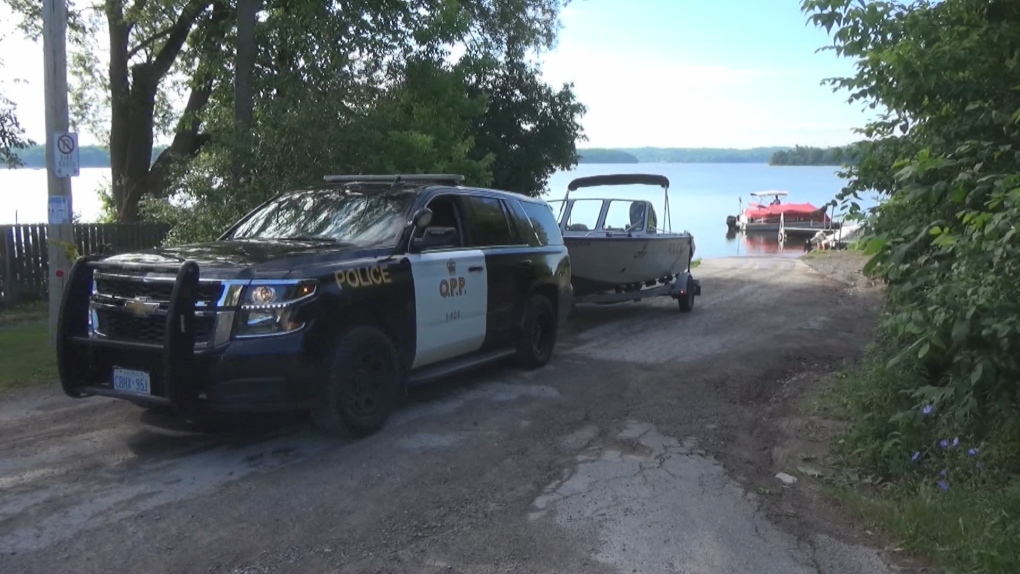 The body of a man who went missing after a fishing boat accident on Rice Lake has been found, the OPP say

TORONTO -- The body of a 41-year-old man who went missing following an accident involving a fishing boat in a lake south of Peterborough Saturday morning has been found.

Emergency crews were called to Rice lake at around 7 a.m. on June 27 after a boat travelling on the north side of Rice Lake near Wood Duck Drive when it lost control, the Ontario Provincial Police say.

As a result, three men who were on board the boat ended up in the water, the OPP say.

One man was taken to a local hospital with minor injuries, while another was airlifted to a Toronto hospital with serious injuries.

The third man was unaccounted for, and a search of the lake was conducted.

The OPP marine unit, an OPP helicopter, and a local fire department took part in the search.

In a news release issued on Sunday evening, the OPP say the Underwater Search and Recovery Unit located the missing man's body at around 3:15 p.m.

He has been identified as Markham resident Tien Dat Tran.

OPP say the cause of the accident remains under investigation.