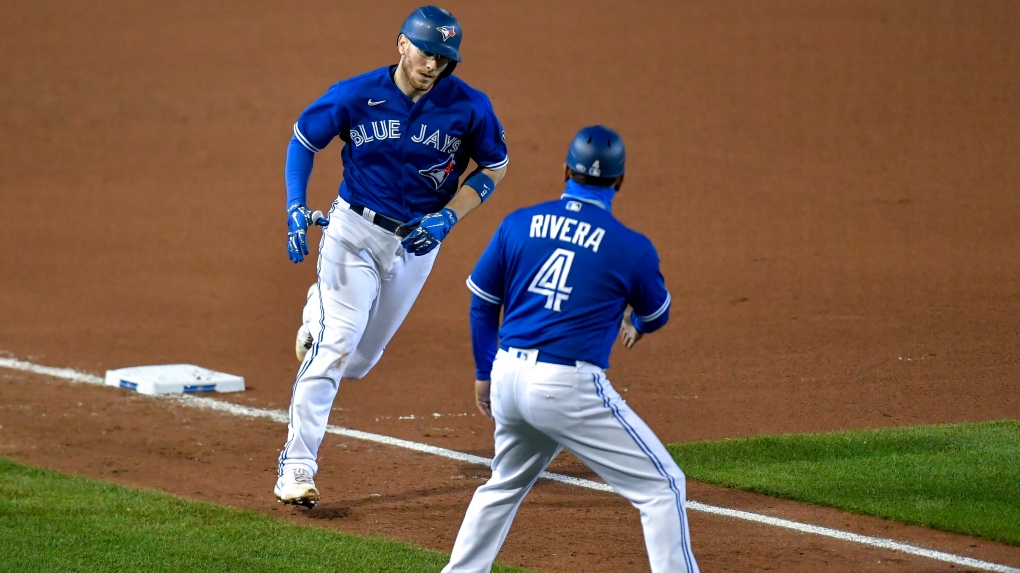 Jansen had four hits and scored three times as the Blue Jays used an eight-run sixth inning to put the game out of reach. Toronto (29-27) trimmed its magic number to one and can secure its first post-season berth since 2016 with a win in Thursday's series finale at Sahlen Field.

Under Major League Baseball's expanded playoff structure, 16 teams will reach the post-season. Division winners will be seeded No. 1 through No. 3 in each league, second-place teams will be seeded fourth through sixth, and two third-place wild-card teams will get the seventh and eighth seeds.

The Los Angeles Angels, currently ninth in the AL, kept their faint playoff hopes alive earlier Wednesday with a 5-2 win over the San Diego Padres.

Facing veteran right-hander Masahiro Tanaka (3-3), the Blue Jays took advantage of a couple breaks to put up two runs in the first inning.

With Biggio on first base after a leadoff walk, Teoscar Hernandez hit a double-play ball up the middle that took an unexpected high bounce near the lip of the grass and rolled into the outfield.

Vladimir Guerrero Jr., stroked a single that scored Biggio with the game's first run. Yankees catcher Gary Sanchez tried to pick the young slugger off first base but a wide throw rolled into foul territory as Hernandez trotted home.

Ray breezed through the first inning but issued two walks in the second. Gio Urshela singled to load the bases and a passed ball allowed Luke Voit to score from third with the Yankees' lone run.

New York loaded the bases with none out in the fifth inning. But Cole (3-0) held off the heart of the Yankees' order by fanning Giancarlo Stanton and getting Voit - who leads the majors in homers - on an infield fly and then Gleyber Torres on a flyout.

Toronto followed New York's lead by putting its first three batters on base in the sixth. However, the Blue Jays took full advantage by batting around with Gurriel's two-run single and Biggio's two-run double serving as the highlight blows.

New York (32-24) had four hits and four errors. The Yankees still have a magic number of one to secure at least a second-place finish in the East Division.

Ray, who was pulled after the first two batters reached in the fifth, allowed three hits, four walks and had five strikeouts. Tanaka gave up three earned runs, eight hits and three walks while striking out five.

Jansen, who went deep off Tanaka in the fourth, added another homer in the eighth off Yankees catcher Erik Kratz.

Toronto was a wild-card entry when it last reached the post-season four years ago. The Blue Jays went on to reach the AL Championship Series for the second straight year.

Notes: The Blue Jays will send ace Hyun-Jin Ryu (4-2, 3.00 ERA) to the mound on Thursday night. The Yankees will also start a left-hander in Jordan Montgomery (2-2, 5.12). ... The game took three hours 39 minutes to play. ... The Blue Jays will close out their regular season with a three-game weekend series against the Baltimore Orioles.

This report by The Canadian Press was first published Sept. 23, 2020.