From fast food restaurants to grocery stores, there's no doubt plant-based burgers that claim to look and taste like real meat are exploding in popularity. But are they actually healthier?

Two popular brands of the meatless burgers, that boast a real-meat taste, are Beyond Burger and Impossible Burger.

The Beyond Burger has 20 grams of protein from peas, mung beans and gets its fat from canola and coconut oils. They contain beets and pomegranates to provide the meat-like redness.

Impossible Burgers has 19 grams of protein from soy and protein. They get their fat from a mix of coconut oils and sunflower oils.

But experts are warning that just because these burgers are meatless and made from vegetables, it doesn’t mean they’re actually any healthier. 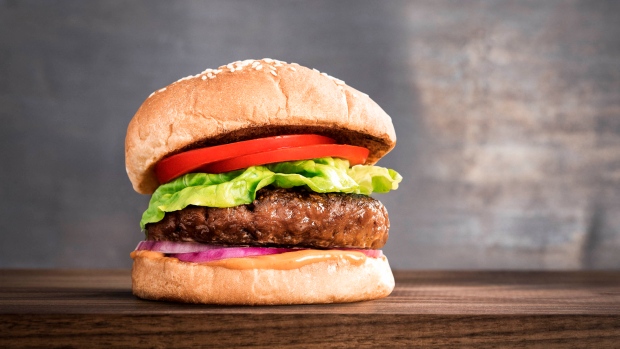 “They have similar amounts of saturated fat but much more sodium than regular beef.”

Experts said there’s also the unknown about an ingredient called soy leghemoglobin that’s added to Impossible Burgers. This ingredient is added to give the burgers the same taste, texture and bloody look of real beef.

“Is it safe? Maybe. But without additional research, we don’t know for sure.”

In response to concerns about soy leghemoglobin, Impossible Foods issued a statement saying all the studies they completed indicated there was no risk of toxicity.

Experts said if you’re looking for a healthier meatless burger, you should consider ones that don’t try to mimic meat.

The Beyond Burger is available in Canada but the Impossible Burger, which is available through the U.S., is not currently available.