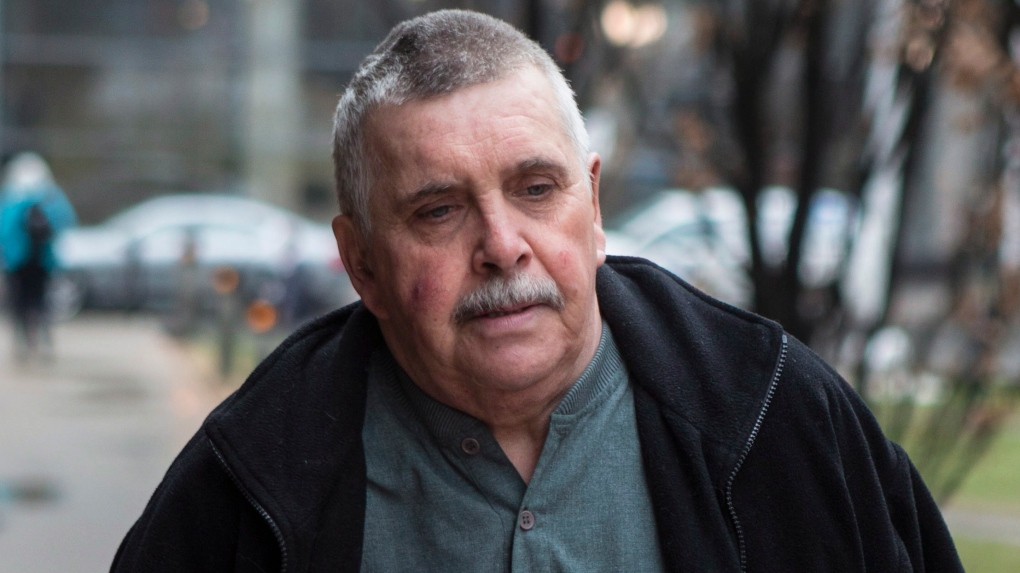 TORONTO -- The man at the heart of the Maple Leaf Gardens sexual abuse scandal will now face close to a decade in prison after Ontario's highest court found his original sentence was inadequate given the "staggering" magnitude of his crimes.

Gordon Stuckless was sentenced in 2016 to 6.5 years behind bars -- six after credit for his time on house arrest -- for sexually abusing 18 boys over three decades.

Stuckless, who used his job at the famed arena as well as his positions as an assistant teacher and volunteer coach to groom vulnerable boys, had pleaded guilty two years earlier to 100 charges. He was later found guilty of two more offences in connection with two of the boys.

Some of his victims, now in their 40s and 50s, were angered by the sentence imposed by Ontario Court Justice Mara Greene, saying it was too lenient in light of the lasting trauma caused by Stuckless's actions.

At the time, Greene said she considered the general range of penalties for that type of offence and took into account the outcome of Stuckless's earlier conviction in a similar case.

In a split decision released Tuesday, the Court of Appeal for Ontario found the sentence delivered by Greene was "demonstrably unfit" and should be increased to 10 years, less six months for time served on house arrest.

"Gordon Stuckless is a sexual predator. The magnitude of his offending is staggering. The harm that he has caused is incalculable," wrote Justice Grant Huscroft, one of two judges to rule in favour of the increase.

Greene erred in how she weighed Stuckless's previous conviction in the late 1990s, which carried a sentence of six years less one for time served, Huscroft wrote.

She considered that the facts in this case were not different enough to justify doubling the sentence, as the Crown sought, and believed a 12-year sentence would not reflect case law or account for Stuckless's rehabilitation and his remorse, he said.

"The sentencing judge appears to have overlooked the significant evolution in sentencing jurisprudence that has taken place since (the 1990s ruling)," the judge wrote.

Justice Sarah Pepall, who concurred with Huscroft, said Greene underestimated the gravity of Stuckless's offences and the harm to his victims.

"The conduct of the respondent called for an exemplary sentence. However, the sentence that was imposed on him was neither just nor appropriate, and certainly not exemplary," she wrote.

"I am not the first to say that offenders must understand that sexual abuse of children cannot be countenanced and I will not be the last. But an exemplary sentence may at least go some way to serve to deter others from embarking on vulturine predacious conduct comparable to that pursued by the respondent."

Gary Kruze, whose late brother Martin was part of Stuckless's first trial in the 1990s, said Tuesday's ruling is "a step in the right direction." But he said harsher penalties are needed for sexual crimes in order to deter those who prey on children.

Micheal McTague, another victim from Stuckless's first trial, said the appeal court decision gave him a sense of vindication. "It's a little bit of a joyous thing," he said, noting Stuckless would otherwise soon have been eligible for parole.

At the same time, he said, nothing can heal the damage inflicted by Stuckless's abuse. "You never get over it," he said.

The appealed case deals with abuse that took place between 1965 and 1985. Stuckless "positioned himself to have constant access to children," according to an agreed statement of facts read at his trial.

Court heard Stuckless had a pattern of befriending boys, most of them 11 or 12 years old but some as young as six, and luring them with gifts and outings. Sometimes he also earned the trust of their families.

He told his victims that what they were doing was normal and at times used psychological and physical threats to ensure their silence, court heard.

Stuckless testified at his trial that he was sexually abused when he was a boy and those experiences affected how he treated his victims.

He previously pleaded guilty in 1997 for sex assaults on 24 boys while he worked as an equipment manager at Toronto's Maple Leaf Gardens between 1969 and 1988.

He was sentenced to two years less a day in that case, but that was increased to six years on appeal, less a year for time served. He was paroled in 2001 after serving two-thirds of his sentence.