Any legislation to oust Ford would take months: legal expert 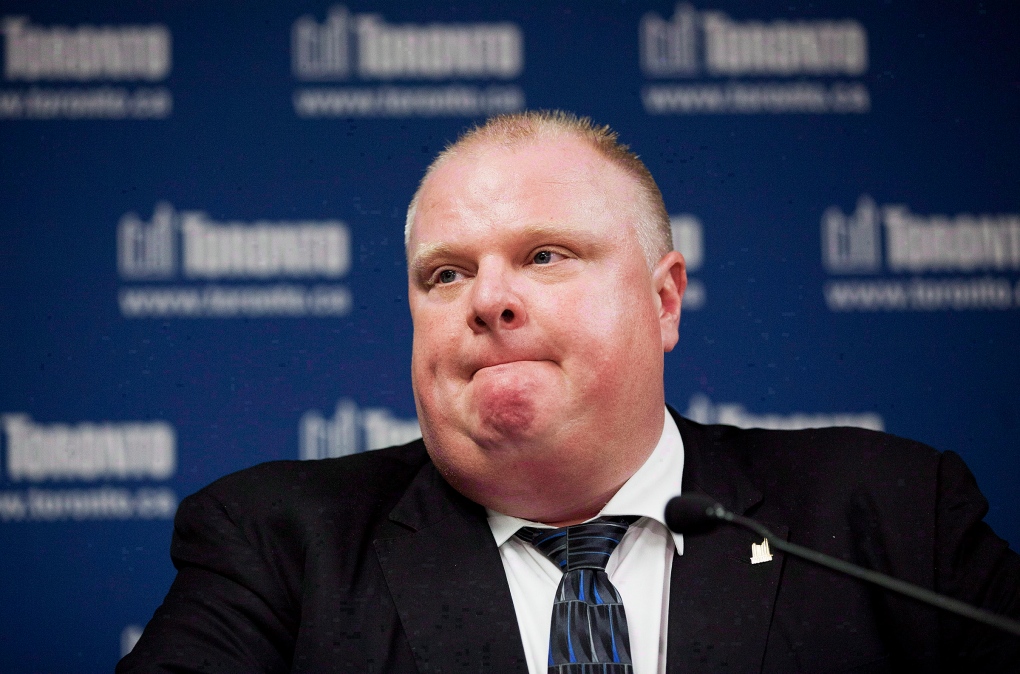 With Toronto Mayor Rob Ford continuing to refuse to resign amid an ever-growing personal scandal, one Toronto city councillor is planning to have the city ask the Ontario government to create legislation to have Ford removed.

But observers say it is highly unlikely the province would either want to step in, or be successful at any attempt to do so.

Counc. Denzill Minnan-Wong said Thursday he’s amending a motion that aks Ford to take a leave of absence to include a request to the Ontario government to pass legislation to remove Ford if he continues to refuse to leave onhis own accord.

Municipal law expert John Mascarin with Aird & Berlis LLP says while it’s technically possible for the province to create such legislation, it’s highly unlikely it would do so.

That would require using wording that would be so specific, that it would only apply to this particular situation with Mayor Ford, Mascarin said.

The other option the province has at its disposal would be to pass stand-alone legislation using wording that “notwithstanding the Municipal Elections Act as well as the City of Toronto Act…” to again call for an immediate mayoral election.

But Mascarin says the province has no interest in doing either things. He says such moves would represent “an unwanted intrusion into the municipal jurisdiction” and would set a precedent it likely doesn’t want to set and obliging it to step in every time mayors anywhere in the province develop personal problems that hamper their work duties.

Even if the minority Liberals could win the support of the other parties for the legislation -- a big if, Mascarin notes -- the process to move the bill through three readings in the legislature could take months.

Such legislation would be unprecedented, says Mascarin. But Coun. Minnan-Wong says “extraordinary measures are needed in extraordinary times.”

“We have told (Ford) that he needs to find the exit; he doesn’t seem to be listening,” Minnan-Wong told reporters at City Hall Thursday. “If he won’t find the exit, I think we have to show him the door.

Minnan-Wong’s motion will be introduced at next week’s city council meeting, and will require the support of two-thirds of council to be debated.

“I don’t want the province interfering in the government of this great city because once they start doing that, it sets a precedent for future councils who in their difficulties with the mayor conclude that, well we can’t work it out here, let’s bring in the province,” he told CP24 Thursday.

“We are a mature order of government and it’s up to us to find a way out of the mess we’re in right now.”

Ontario Premier Kathleen Wynne said Thursday that council should deal with motions on the table now and noted that police are continuing with their investigation.

“We need to let those processes roll out. I have a lot of confidence in city council and in the police,” Wynne said.

The Ministry of Municipal Affairs echoed that in a statement to CTVNews.ca.

“The province has a responsibility to listen carefully to Toronto City Council as the current situation unfolds,” the statement reads.

“Toronto City Council needs to function and we are watching developments closely; that’s the responsible thing to do.”

The only current ways to remove a mayor from office in Ontario is if he or she is convicted of a criminal offence and is sentenced to jail time. As well, under the City of Toronto Act, a city councillor’s office becomes vacant if the councillor is absent from council meetings for 90 days without authorization.

As well, if city council is unable to achieve “quorum" at a council meeting for 60 days -- meaning have the majority of councillors attend the meetings -- Ontario’s municipal affairs minister could step in and declare all the offices of the council members vacant. that would also trigger byelections for all seats.