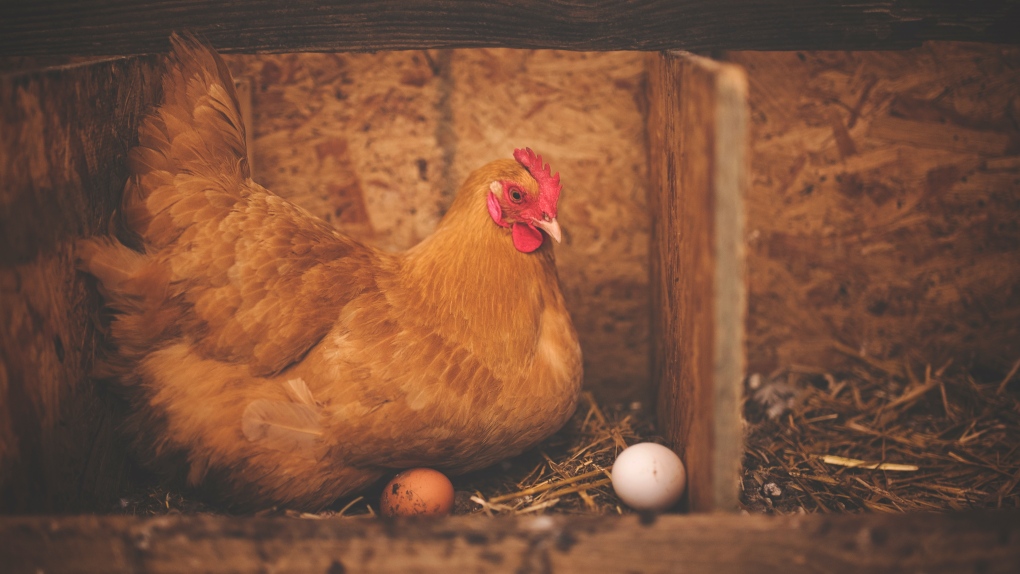 This is a file photo of a hen. (Alison Burrell/Pexels)

Another case of the avian flu has been discovered in Ontario, officials confirm.

In a news release issued Monday afternoon, Peterborough Public Health said the disease was found in a local flock in Selwyn Township.

Medical Officer of Health Dr. Thomas Piggott said in a statement that the risk to human health remains low.

“We are not aware of any local human cases at this time,” he said. “The virus does not easily cross from birds to humans, and the current strain is listed as being of ‘lower than normal’ concern for spreading to humans.”

This is the fifth confirmed report of avian influenza (H5N1) on an Ontario farm in the past few weeks, Peterborough officials say.

The first case was detected at a poultry farm in southern Ontario near Guelph. Other cases were found in Wolwich and outside London.

Last week, the Toronto Zoo closed its aviaries to protect its birds from potential contamination.

Peterborough Public Health says the virus has been detected in both wild and commercial poultry and has primarily been spread through migration of infected waterfowl.

Officials are currently working with provincial and federal partners, as well as the Canadian Food Inspection Agency.

A high school friend of B.C. teen Amanda Todd has testified he took action when he saw what he described as a 'pornographic' picture of her on Facebook in November 2011.

Boy, 2, orphaned after both parents killed in Fourth of July parade shooting

Kevin McCarthy, 37, and Irina McCarthy, 35, the parents of a two-year-old boy, were among seven people killed in the Chicago-area mass shooting on July 4.

What is happening with British Prime Minister Boris Johnson and what comes next?

U.K. Prime Minister Boris Johnson is facing his biggest crisis yet, after two senior Cabinet ministers resigned on Tuesday. Here's what you need to know.