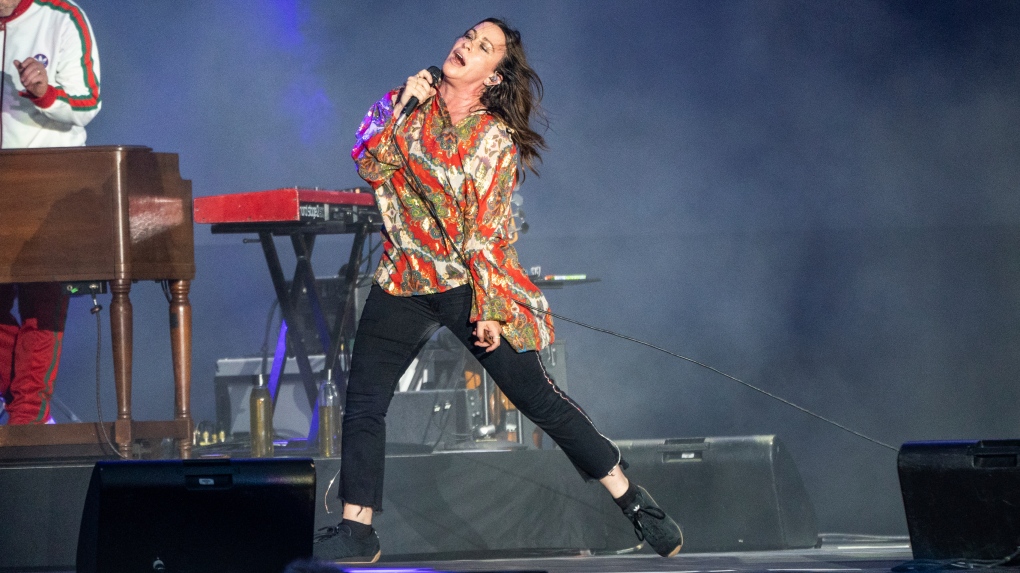 Alanis Morissette performs at Bourbon and Beyond Music Festival at Kentucky Exposition Center on Thursday, Sept. 15, 2022, in Louisville, Ky. (Photo by Amy Harris/Invision/AP)

The homegrown performers are set to be honoured during an evening of live music and orations at Toronto's Massey Hall.

Also joining the Hall of Fame is Jim Vallance, one of Adams' most frequent collaborators who's also written songs for Anne Murray, Joan Jett and Glass Tiger.

And Daniel Lavoie will be recognized for his solo efforts and work he's penned for Celine Dion and Roch Voisine.

The ticketed event features an array of Canadian performers set to pay tribute to the inductees through song.

Alessia Cara, Jessie Reyez and Serena Ryder are slated to sing Morissette's hits, while Corey Hart and Nickelback's Chad Kroeger and Ryan Peake will tackle some of Adams' biggest singles.