Airbnb has suspended further bookings at a luxury home on Toronto’s Bridle Path after a man was shot in the upper body on the property overnight.

Police were called to the multi-million dollar home, near Timberglade Court, at around 6 a.m.

One man was found on the ground, conscious and breathing, with a gunshot wound to his upper body, police said.

He was rushed to hospital with life-threatening injuries but police later said he was expected to survive. 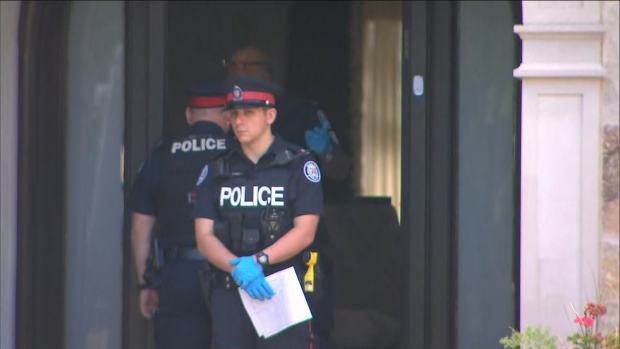 Police block off the home as they investigate. (CTV News Toronto)

In a statement to CTV News Toronto, Airbnb said the behaviour on the property was “abhorrent” and that they are “urgently investigating” the matter.

Airbnb says the guest who booked the home has also been suspended from the platform.

Meanwhile, yellow police tape cordoned off the home this morning and a number of people could be seen standing about within the home's gates.

According to police, there was a crowd of about 20 to 30 people in the area at the time of the shooting.

"It's believed that this incident happened somewhere outside," Toronto police spokesperson Katrina Arrogante said this morning. 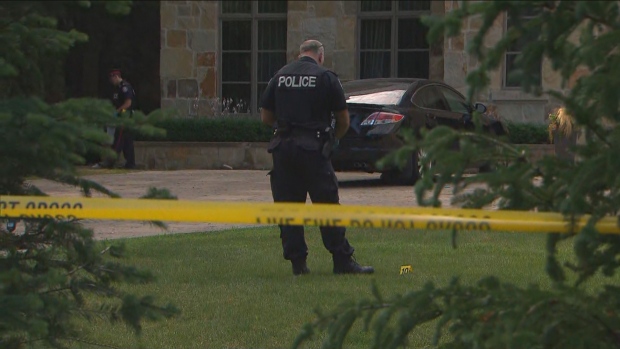 Evidence markers were laid out across the lawn of the home. (CTV News Toronto)

Police said it's not yet clear exactly what the gathering was for.

"There's quite a number of witnesses we'd like to speak to," she said.

No arrests have been made so far and police have not provided any descriptions of possible suspects.

"Officers are on scene together with forensic investigation specialists to further investigate," Arrogante said.

Anyone with further information is being asked to contact police.