Advisory panel to look at raising money from public assets like Hydro One, OPG 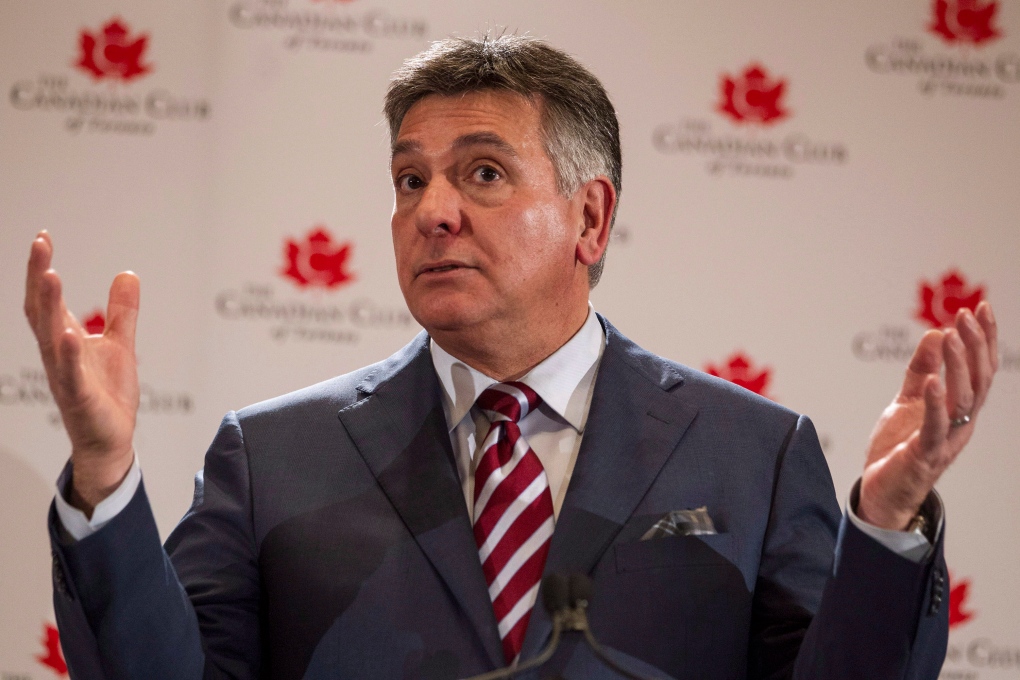 TORONTO -- The Liberal government has created an advisory panel to find ways of getting more value out of key public assets such as the Liquor Control Board, Ontario Power Generation and Hydro One.

TD Bank president and CEO Ed Clark will lead the panel that will look at ways to get better returns for taxpayers out of "complex" government assets, Finance Minister Charles Sousa told a business audience on Friday.

"I'm not going to preclude what their recommendations will be, but they're going to assess what's the best use of those assets, and who should own them," said Sousa.

"The council will give preference to continued government ownership of all core strategic assets," he said.

Ontario has a range of other assets, including shares in General Motors purchased during the recession, a large real estate portfolio and Crown corporations, that the province can sell when the time is right, added Sousa.

The cash-strapped government, facing an $11.3-billion deficit, will sell the headquarters of the LCBO and will consider selling the OPG building in downtown Toronto as it tries to raise badly needed money.

"You can almost look at this as in two phases: share ownerships of a Fortune 500 corporation and some real estate assets that we own, those are things that we can start moving on more quickly," said Sousa.

"Those other ones, however, require greater care, and we need experts to ensure that we protect the interests of Ontarians."

The Progressive Conservatives said the ideas Sousa talked about Friday are exactly what they proposed in 2012, which the Liberals made fun of at the time.

"They not only rebuffed it, they mocked us for it," said PC finance critic Vic Fedeli.

The Liberals have set up literally dozens of advisory panels so they don't actually have to deal with issues, and then they ignore the recommendations from the people they appoint to advise them, added Fedeli.

"This is just to kick the can down the road past the next election," he said.

The minority Liberal government will need the NDP's help to get the spring budget passed and avoid an election, but New Democrat Peter Tabuns said Friday they won't support any moves to privatize public assets.

"All I can say is we aren't supporting privatization," said Tabuns. "Whatever the minister says, he's talking about moving forward to sell some of the key assets in this province. It's a mistake."

Sousa said the panel will help determine what businesses the government should own and what it shouldn't, but added "continuing public ownership" remains a key priority.

"We will not do what the previous Conservative government did with the fire sale of Highway 407," he said. "In a rush to a balanced budget they sold an asset for a price significantly below its market value that did not protect taxpayers.

The finance minister also announced the government was proceeding with construction of a new four-lane alignment of Highway 7 between Kitchener and Guelph, the expansion of High Occupancy Vehicle lanes on Highway 401, and 10 new OPP detachments across Ontario.

"Building infrastructure is good for the economy and for people," said Sousa.