A driver who fatally struck two pedestrians in Toronto before being killed in a subsequent collision had several licence prohibitions that should have prevented him from getting behind the wheel, police said.

The driver, a 36-year-old man, was headed east along Lake Shore Boulevard West near Eighth Street at around 5:15 p.m. when he was involved in what police have described as a "minor sideswipe-style collision" with a parked van.

Police said the driver was having what appeared to be a seizure following the collision.

Authorities said several bystanders attempted to provide assistance, smashing the vehicle's window in order to gain access to the driver.

Emergency personnel did attend, but police said the driver ultimately re-entered his vehicle about 12 minutes later and fled the scene prior to the arrival of officers.

CP24 has since obtained video that shows firefighters speaking with the man prior to him leaving the scene.

Moments later, a 75-year-old man and a 43-year-old woman were in a crosswalk at Lake Shore Boulevard West and Superior Avenue, about two-and-a-half kilometres down the road from the initial crash site.

Police said the Cadillac was travelling at a high rate of speed as it approached the crosswalk and ultimately struck both pedestrians without coming to a stop.

Authorities said the driver then slammed his vehicle into the rear of a parked flatbed trailer on the east side of the intersection.

Police said the driver of the Cadillac and both pedestrians were pronounced dead at the scene.

The driver was under several prohibitions at the time of the crash, according to police. Those prohibitions included a Canada-wide Criminal Code driving prohibition and a provincial driver's licence medical suspension.

“Traditionally, when we're investigating a matter, we're generally investigating with the intent of laying criminal or provincial charges against someone at fault. In this case, all the participants are deceased and as a result of that we think it's important that the public understand that the individual that was driving this vehicle, who caused this collision, was, in fact, prohibited from driving on any road in this country,” Supt. Scott Baptist told reporters during a news conference Friday morning.

Baptist would not comment on the precise reasons behind the driving prohibitions given to the deceased, but he expressed frustration over the fact that he chose to get behind the wheel.

“That is something that is part of the investigation, and if the evidence takes us in that direction, anything is possible,” he said when asked if charges could be laid against that individual. 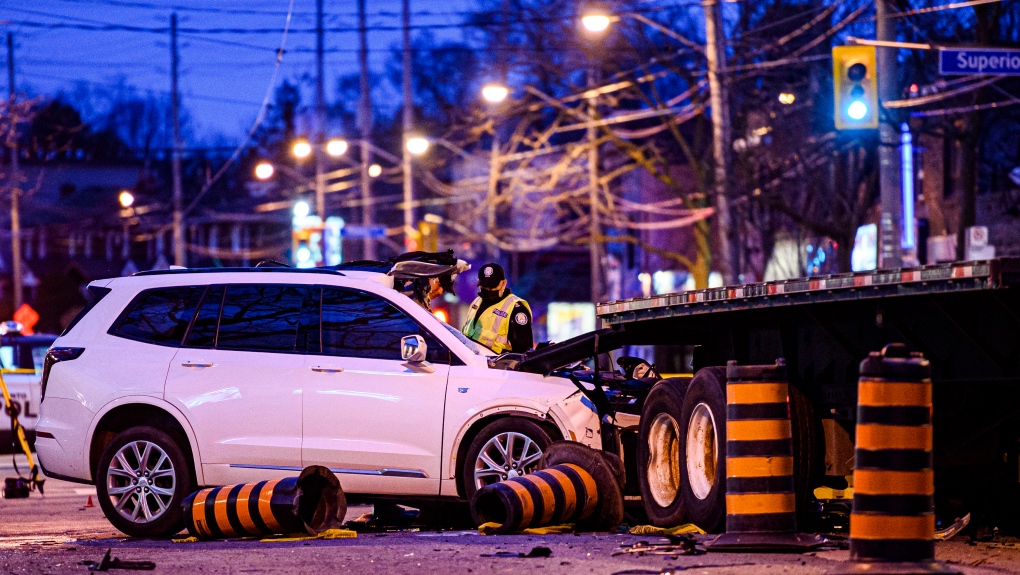 Police attend the scene of a collision in the west end of Toronto on Thurs., March 31, 2022. THE CANADIAN PRESS/Christopher Katsarov

A makeshift memorial is growing at the scene of the crash, with members of the community dropping off flowers.

While police have not released the names of the victims, friends have identified them as 43-year-old Kelly Hamilton and 75-year-old Kenneth Arkwell.

Sabrina Szuszwalak is the best friend of Hamilton’s sister and told CTV News Toronto that Hamilton “had a bubbly personality” and was “always a star in the room.”

Szuszwalak added that Hamilton, a mother of three children, was always there for everybody else.

She said the crash was “cruel” and “unfair.” 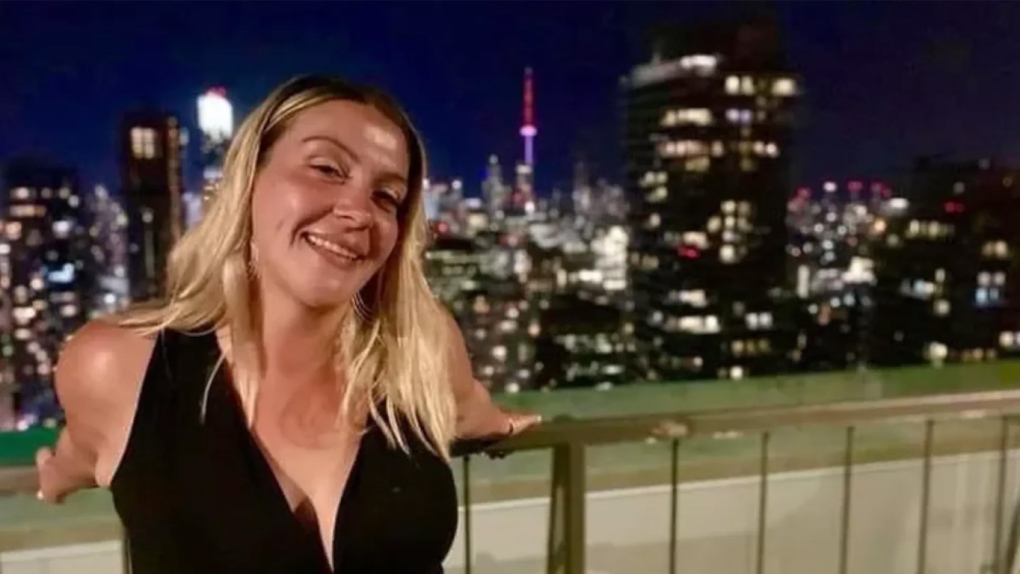 Kelly Hamilton, 43, is seen in this undated photo. Hamilton was one of the pedestrians fatally struck by a vehicle in Mimico. (Sabrina Szuszwalak/GoFundMe)

Szuszwalak has started a GoFundMe page to raise funds to cover the funeral costs and support Hamilton’s children.

Meanwhile, Arkwell is being remembered as a caring grandfather.

“He was really dedicated to his grandchild,” Marek Goldyn, who knew Arkwell, told CP24.

Police are continuing to investigate the series of collisions and are asking any witnesses who may have seen what transpired or who are in possession of video footage to come forward.

Baptist said while the officers who responded to the scene on Thursday are shaken up, they are doing “as good as can be expected under the circumstances.”

He said that he is receiving regular updates from Police Chief James Ramer and has been in touch with the councillor for the area, Mark Grimes, to offer whatever support the city can provide to the community as it copes with “this terrible and unacceptable loss of life.”

“On behalf of all Toronto residents, I extend condolences to the family and friends of the innocent victims of this senseless collision,” he said.

Police have said the driver had a red light when he hit the pedestrians, however details about the moments immediately leading up to the collision are still somewhat unclear.

It is heartbreaking to know a 75-year-old man and a 43-year-old woman were killed by a driver while crossing at a crosswalk in Etobicoke last night. pic.twitter.com/1xnPqp5dTR

On Friday, CP24 spoke to one witness who said that it appeared as though the vehicle was speeding up as it approached the red light.

He described the sound of the vehicle subsequently slamming into the back of the flatbed trailer after hitting the pedestrians as like “a bomb” going off.

“He was going fast, very fast. I can’t say exactly but probably 100 miles an hour, not 100 kilometres,” the man said.