3 dead after plane flying from Ontario to P.E.I. crashes in Maine 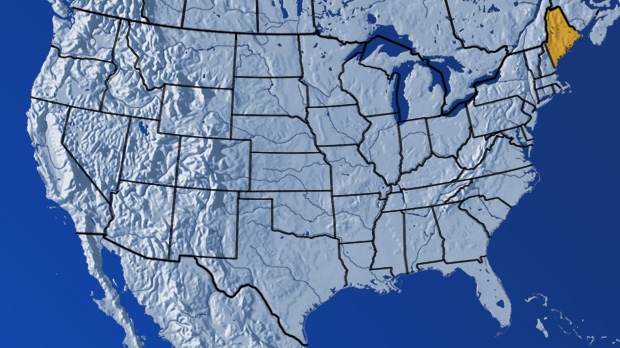 A Maine airport manager says three people have died after a small plane that departed from Ontario bound for Prince Edward Island crashed during an attempted landing.

Jesse Crandall says witnesses saw the airplane pass over Greenville Municipal Airport before crashing in a field on the approach to the runway on Monday morning.

"They turned around over the airport and were coming back, banked sharply ... and they hit the ground real hard," he said in a telephone interview.

He says he drove quickly to the airport minutes later but first responders on the scene told him there were no survivors in the mangled twin-engine propeller Aerostar AEST aircraft.

Crandall said he'd been receiving calls from aviation authorities informing him that the Canadian plane had communicated it was in distress and needed to make an emergency landing at his community's airport.

"It's a sad day ... and now there's a whole lot of people hurting from it, all the families," said Crandall, who is also the town manager.

A spokesman for the Federal Aviation Administration said the plane had departed Pembroke, Ont., and was bound for Charlottetown when it went down in northeastern Maine.

A spokeswoman for the Pembroke airport said the flight was one of two that departed around 9 a.m. on Monday morning, but had no information about the nationality of the three on board or the nature of the flight.

The National Transportation Safety Agency is looking into the accident and will investigate its probable cause.

Agency spokesman Terry Williams said an investigator is en route and will speak to witnesses, arrange for the aircraft to be moved to a secure location and gather evidence such as the engine condition, maintenance condition and the pilot's records over the next 10 days.

Maine State Police spokesman Stephen McCausland was unable to confirm the nationality of those killed.

"I have no information on the victims and do not expect any later today," he said in an email.