The total number of cases in the province is now 4,726, including 153 deceased patients.

These numbers are based off data inputted into the province’s integrated Public Health System (iPHIS) as of Monday at 4 p.m.

Data gathered by CTV News Toronto and CP24 on Tuesday afternoon from all of Ontario’s 34 local public health units shows the provincial death toll is 189.

The number reported by the province through iPHIS and the number collectively being reported by all local public health units has previously been off by nearly 50 per cent, but is now much closer.

In Ontario, there are currently 614 people in hospital with COVID-19. Of those patients, 233 of them are receiving treatment in an intensive care unit and 187 of those 233 patients are on ventilators to assist with breathing.

Provincial health officials also stated that 513 of all Ontario patients are health care workers – 10.9 per cent of cases.

There are currently an additional 691 people under investigation for the virus.

This number is nearly double Monday’s tally – 329 – but is still down significantly from last week when thousands of people were awaiting tests results in Ontario. Health officials across the province have been working to clear a large backlog of tests since then. 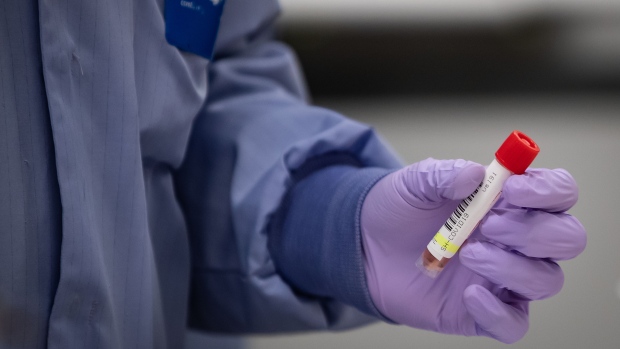 On Monday afternoon, Ontario’s Associate Chief Medical Officer of Health Dr. Barbara Yaffe said the province had processed about 3,500 tests in the past 24 hours, adding that the goal is to be able to complete 19,000 tests a day by mid-April.

The number of resolved cases in the province now sits at 1,802.

To date, more than 81,000 people have been tested for COVID-19 across the province.