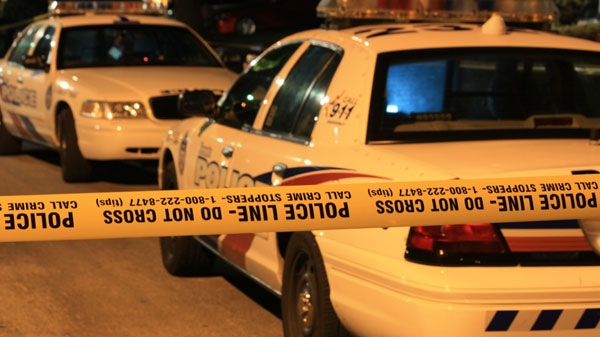 Toronto police cruisers at the scene of a shooting in Etobicoke on Wednesday, Aug. 31, 2011.

Toronto police said an 18-year-old man was taken to hospital after being shot in the leg in Etobicoke late Wednesday night.

The shooting happened on Windsor Road, near Dixon Road and Kipling Avenue, at around 11 p.m.

Police say the shot came from a car carrying a number of people outside of a Dixon Road apartment complex.

Police say the suspects fled the scene in a black Nissan Maxima after the victim was shot once in the leg.

The scene has been cleared, but police say the investigation is ongoing. It is not clear whether the victim was the intended target and police say the man has not been co-operating with officers.