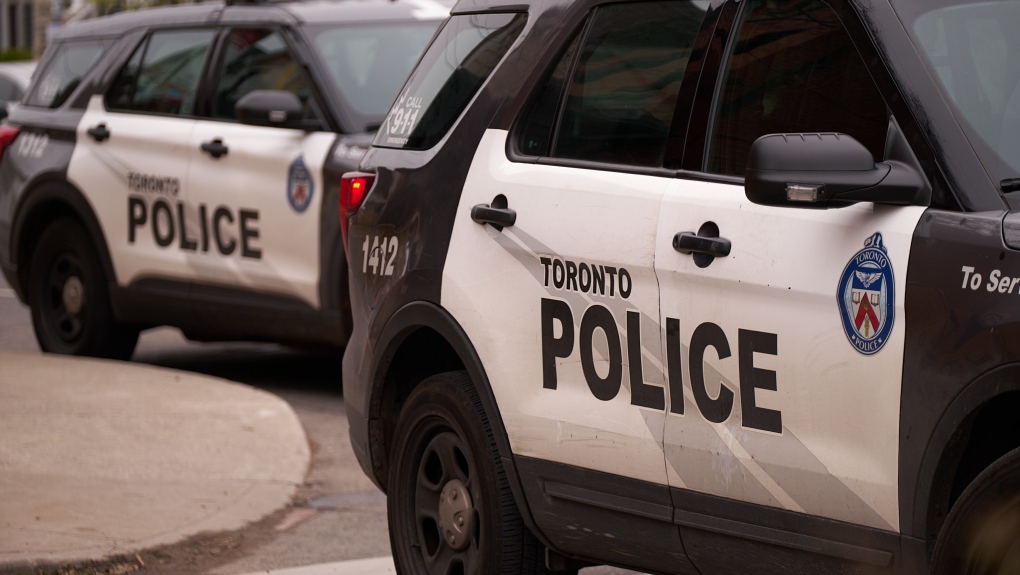 A 15-year-old boy has been arrested in connection with multiple armed carjackings in Toronto as police continue to search for two other suspects.

On Aug. 19, police responded to reports of a person with a gun in the area of Meadowvale Road and Sheppard Avenue East in Scarborough.

Police said a 35-year-old man was sitting in his vehicle in a parking lot when he was approached by a woman and two men.

The suspects allegedly asked the man if he had booster cables that they could borrow, but the man said he didn’t and offered to drive them to a nearby location.

The suspects entered the vehicle and one of the men produced a handgun and demanded the man’s vehicle keys, police said.

A short time later, officers responded to a robbery call at a nearby location.

A 27-year-old man allegedly stopped his vehicle in a parking lot and a woman got into the front seat for a pre-arranged meeting, police said.

The man then drove the woman to a nearby location where two men got into the back of the vehicle, and one of the men produced a handgun and demanded the victim’s keys.

Police said the victim gave them his keys and got out of the vehicle before the three suspects drove off.

Throughout their investigation, Toronto police discovered that York Region police responded to a robbery several hours before the two carjackings.

Police said a victim was allegedly sitting in their parked car when two male suspects approached them in the area of Crosby Avenue and Yonge Street.

One of the suspects pointed a handgun at the victim and made a demand for the vehicle, police said.

The victim exited the car and the male suspects got in and drove away.

The stolen victim’s car has since been recovered, police said.

Nearly a month after the incidents, police have made one arrest in the investigation.

On Sept. 15, police executed a search warrant at one of the suspects’ residence.

During the search, officers found clothing worn by the suspect during the robberies.

Officers located the suspect and took him into custody.

A 15-year-old boy is facing a total of 18 charges, including robbery with firearm, disguise with intent, conspiracy to commit indictable offence and fail to comply release order.

The youth cannot be identified under the terms of the Youth Criminal Justice Act.

The two other suspects remain outstanding and unidentified.

The male suspect is described as Black and approximately 20 years old.

Parks Canada says visitors will be able to start booking reservations for camping and other activities at its sites across the country in March.

No need for every toxic chemical to have a pollution plan, Ottawa says

The federal government is playing a dangerous game by refusing to force any company that makes or uses toxic chemicals to have a plan in place to prevent them from getting into the environment, a lawyer for the Canadian Environmental Law Association said Monday.