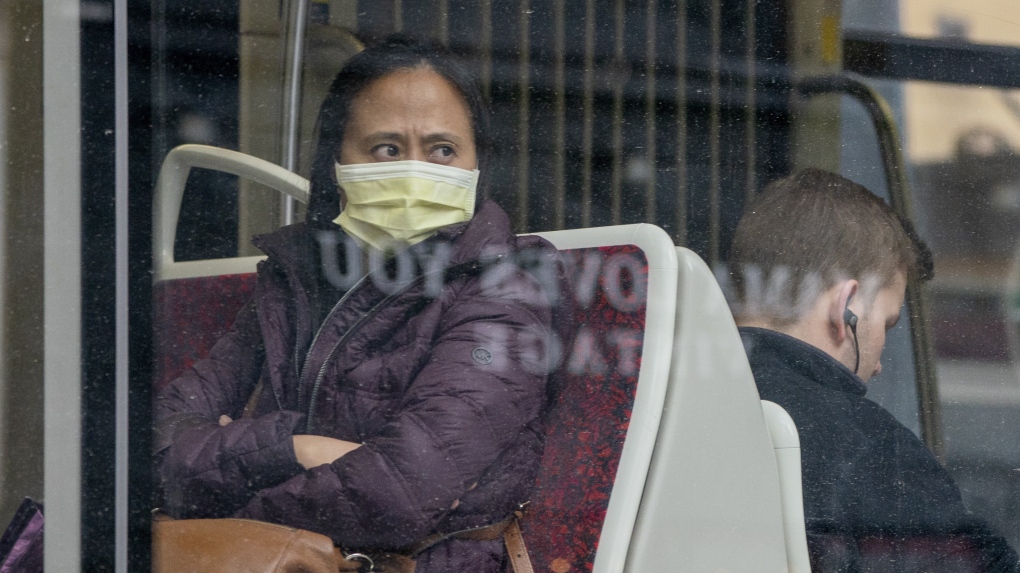 A woman wears a mask as she rides a TTC streetcar in Toronto on Friday, March 20, 2020. The gradual reopening of Canada's economy will not mean business as usual for the country's public transit agencies. THE CANADIAN PRESS/Frank Gunn

The TTC said exemptions will be made for children under two years of age and for those who have medical considerations or are unable to put on or take off a face covering.

But the transit agency said in a statement it's already seen an increase in the number of riders wearing face coverings since it began recommending the practice in mid-May.

The TTC said it would partner with the city's poverty reduction office to distribute a million masks, starting June 29.

Toronto Mayor John Tory said he supports the decision, which he said is based on public health advice to slow the spread of COVID-19.

"While this rule doesn't come into effect until July 2, I encourage everyone using the TTC to make sure they are wearing a face covering now to help protect and respect their fellow riders," Tory said.

The TTC said it's taking other steps to slow the spread of COVID-19, including conducting multiple vehicle and station cleanings each day and equipping subway stations with hand sanitizer dispensers.

The board said TTC employees who work behind a physical shield or in areas not accessible to the public are also exempt from the mask rule.

A statement from the agency said it doesn't believe that strict enforcement will be necessary, but compliance rates will be monitored.

This report by The Canadian Press was first published on June 17, 2020.