TORONTO -- Just steps from the hustle and bustle of an intersection in the city’s midtown, a new studio aims to provide some peace and quiet for busy Torontonians.

“It’s a napping studio,” Mehzabeen Rahman told CTV News Toronto. “You can come when you’re having long hours, longer shifts, and just even like you need a little bit of shut eye.”

The studio is called “Nap It Up” and is the brainchild of Rahman and her husband, who say they were both finding it hard to stay awake throughout the day. The 13-bed space located in the Yonge Eglinton Centre is meant to be a place for people to grab a little shut-eye.

Starting at $10, mid-day sleepers can rent a bed for 25, 55, or 85 minutes.—and the Rahmans have left nothing to chance in trying to make it the perfect place to pass out.

Rahman says privacy was a high priority and heavy curtains separate each of the beds.

“We don’t want people to sleep beside each other. that’s why we’re dividing it by the curtains.” 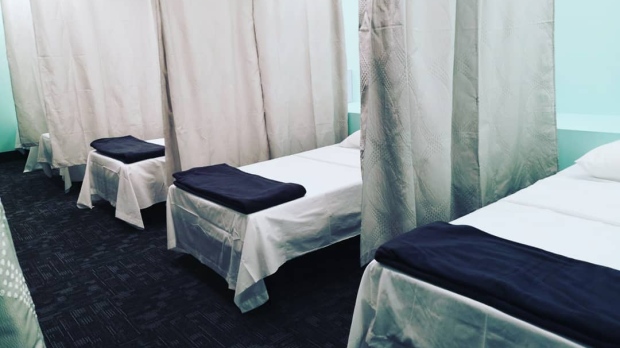 The paint colour on the wall was chosen to be soothing, as was the lavender scent that’s diffused through the room. And for those who want peace without the quiet, there’s a white noise machine.

The studio offers sleepers an eye mask as well as a lockbox for their valuables. When customers wake up, there’s water waiting, along with mints and a mirror.

Cleanliness is also a top priority. Staff say the sheets are changed and washed after every use.

The sleep space concept has already been a success in the United States and Japan, and Omar Rahman believes Canadians are no different in their need for more sleep.

“Are we really that busy? Unfortunately for some of us, we are,” he said. “We really are working 12 hours a day and a half hour nap in between will just make us way more productive.” 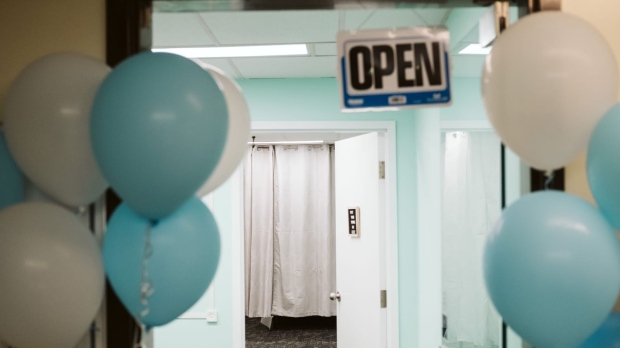 The past president of the Canadian Sleep Society says the science supports the idea behind the napping studio.

“The fact is people are sleeping on the job now anyway, and we know that,” Dr. Charles Samuels said. “So the idea of having naps as part of sleep health in our culture here in Canada is not a bad thing.”

The Rahmans admit it could take some time for Canadians to embrace the idea of a nap studio, but say they’re hoping Torontonians will give it a chance.

“The first time you come, just come and check out the space—and the next time you’re up for it, come and have a nap.”