Video has captured the intense moment an Ontario father stopped a person from stealing his vehicle, with his child in the backseat, from the driveway of his home.

Peel police said the incident occurred in Brampton, in the area of Chinguacousy Road and Queen Street Weston, on Sunday around 12:30 p.m.

According to police, the father put his young child in the SUV before going back into his house to get another child.

Video, taken from the family's home security system, shows an unknown person, wearing black and a mask, run up to the man's SUV while he was still inside the house.

When the father comes back, he notices the person entering his vehicle. He quickly opens the passenger door of the SUV to confront the person trying to steal it. 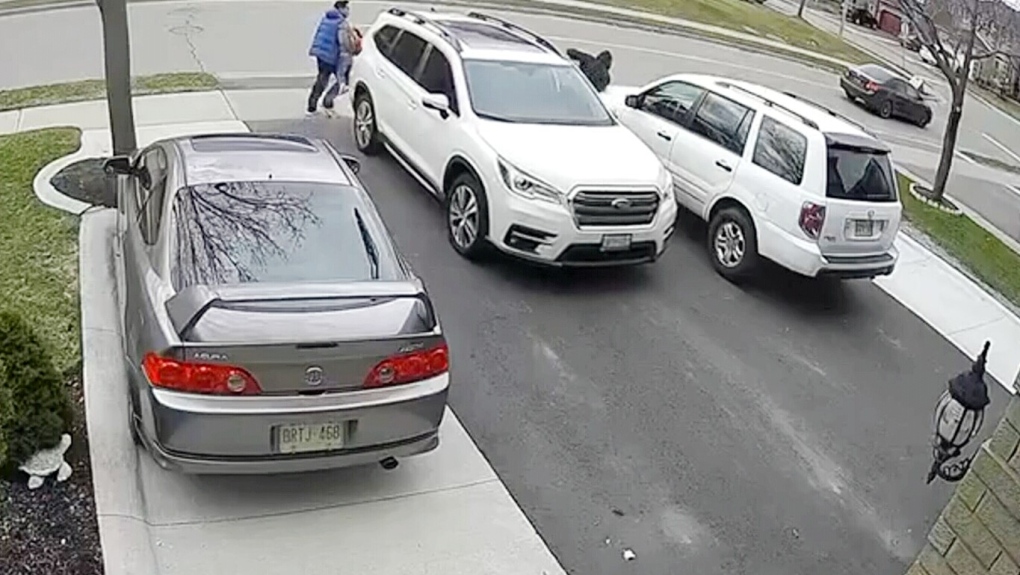 A Brampton, Ont. father managed to fend off a man trying to steal his car from the driveway of his home. (Supplied)

The suspect then reverses the vehicle down the driveway, with the father still standing beside the passenger door.

At the edge of the driveway, the would-be thief brings the vehicle a stop before jumping out and running to a waiting vehicle.

The video then shows the vehicle, with no one behind the wheel and the child still inside, inching up the driveway, eventually hitting the garage door. 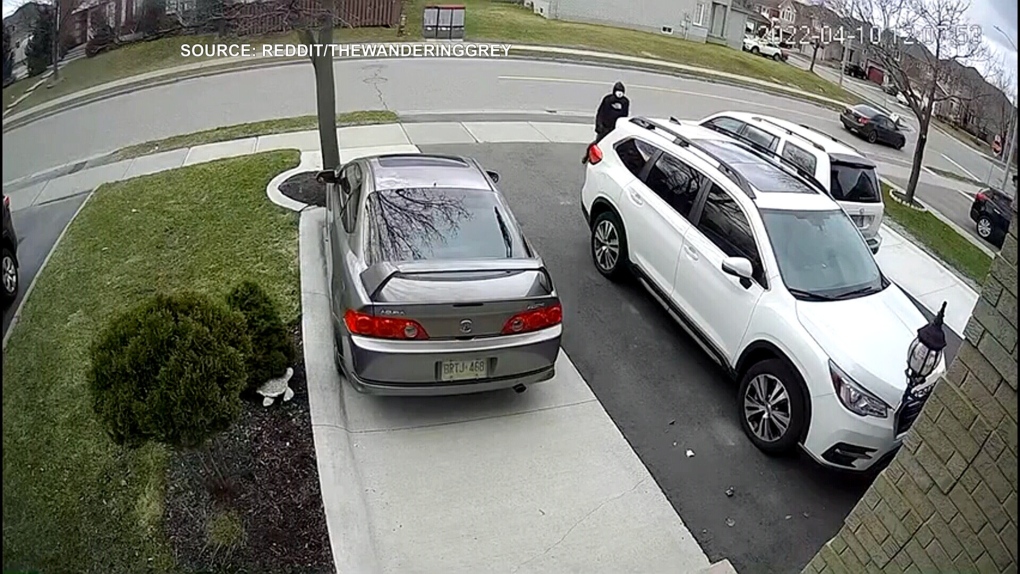 The suspect can be seen approaching the car in this home surveillance video. (Supplied)

The family told CTV News Toronto on Wednesday they are shaken up, but no one was hurt physically in the incident.

The suspect has not been arrested, police say.