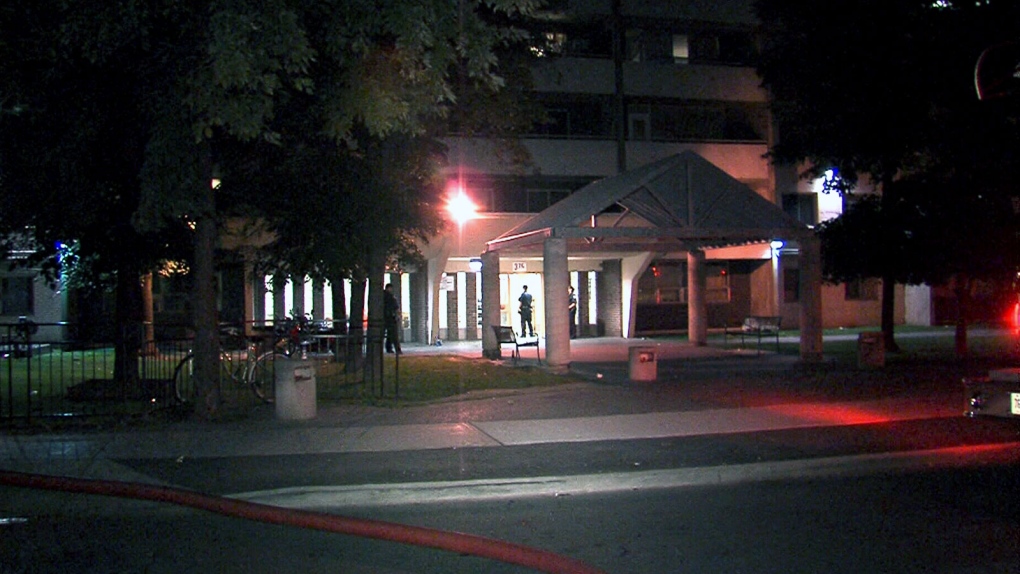 EMS and firefighters stand outside a building where a two-alarm fire broke out early morning on Friday, Sept. 27, 2013.

One person is being treated for burns in hospital after a two-alarm fire broke out inside a public housing building in downtown Toronto early Friday morning.

A Toronto EMS spokesperson said the victim suffered burns to his or her lower limbs and was rushed to hospital with serious injuries.

The fire occurred in an 11th-floor suite in a Toronto Community Housing Corp. high-rise at 375 Bleecker St., near Bloor Street East and Sherbourne Street, at about 3:45 a.m.

Eckerman said residents were ordered to shelter in place, and some tenants went onto their balconies for fresh air.

Investigators are looking into the cause of the fire.