Under attack by fraudsters? Expect to wait on hold with these Canadian banks

TORONTO -- Canadian big banks’ slow response to customers attacked by fraudsters is under fire by advocates after a Toronto woman trying to shut down her debit card due to a taxi scam was left waiting on hold for 40 minutes as she watched scammers drain thousands of dollars from her account.

A CTV News Toronto test of the banks’ response showed while some banks responded in two minutes or less to a report of a stolen card, others waited upwards of half an hour to provide a real person or useful advice for someone in a stressful and costly situation.

“Half an hour is a lifetime,” said Adrianne Fekete of Star Quality Investigations, which often has to mop up the trail of destruction such attacks can leave in their wake.

“The fraudsters are quick, they work in packs, and they’re able to hit several different locations in a short amount of time, and that’s key for them to be successful,” Fekete told CTV News Toronto.

Police in Toronto have warned people about a fake taxi scam, where a young person asks for help paying a taxi fare, using the claim that the taxi won’t take his cash because of COVID-19. The claim is a lie — taxi companies tell CTV News Toronto they still accept cash — it is a ruse to get a debit card and a PIN number, and return a similar card to the customer.

One of those customers was Aminah Sheikh, who said she paid for someone’s taxi last Saturday, and then got immediately suspicious and wanted to shut down her account. She says phoned TD’s stolen card line only to be put on hold while she lost some $2,500.

Minutes matter in responding to these cases, as Vaughan resident John Mazzella found out in February. He said he paid for a taxi fare using his debit card outside a Woodbridge mall.

Within 13 minutes, the maximum $1,000 withdrawal was taken out of an ATM. Then, in the space of 10 minutes, around $2500 in four separate transactions were taken out of a nearby store. In all, 12 transactions in three cities added up to almost $7000.

“I thought he had given me my card back, but I found out it was not my card,” Mazzella said on Monday. “I felt cheated at a time I thought I was doing someone a favour.” 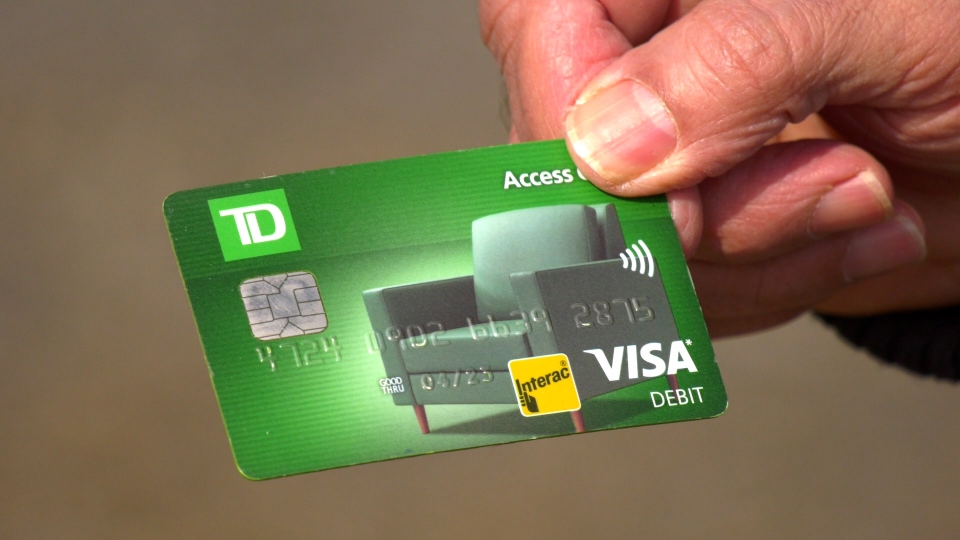 TD’s fraud detection system did shut the abuse down the following morning, he found out later. But he said he believed the strange transactions should have been caught earlier.

“There’s a pattern there. I would have expected their algorithm to have caught it,” Mazzella said.

CTV News Toronto called five major banks to see how long it takes for them to help a customer who is calling to report a stolen card — a sign they could be under attack by fraudsters.

CIBC and Royal Bank had us on with a real person in less than two minutes. Scotiabank responded in under five minutes.

But the Bank of Montreal and TD took 32 and 33 minutes respectively.

TD didn’t respond to the questions about timing of our tests but expressed sympathy for Sheikh’s plight. Both Sheikh and Mazzella said on Monday that TD had told them the bank would cover their losses. 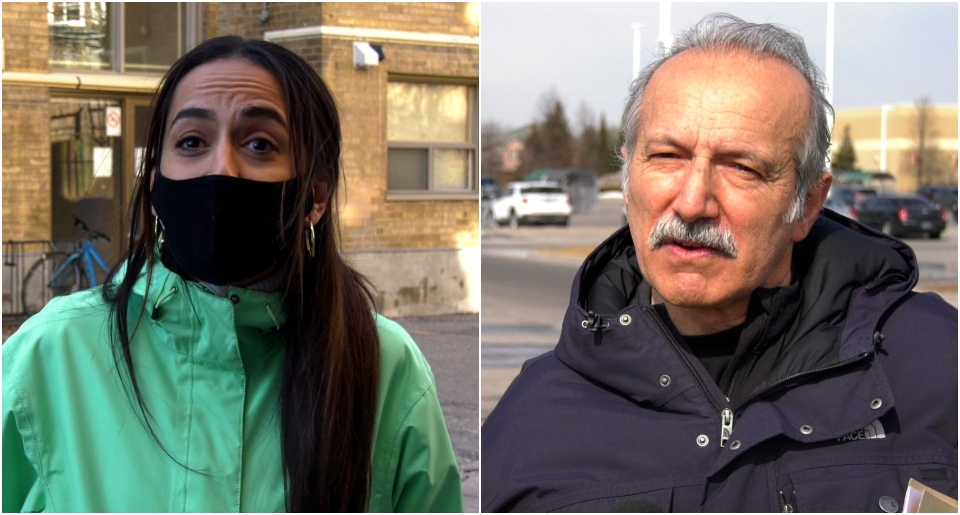 “We are sorry to hear about Ms. Sheikh’s case. We have thoroughly investigated the incident and have connected with her directly to resole the matter and we apologize for her experience,” TD spokesperson Samantha Grant said.

Royal Bank said in a statement that its short response may be because its calls are routed directly to the fraud department for investigation. It said a card locking feature allows clients to temporarily lock their cards at any time so that if someone is caught on hold they can take immediate action.

John Lawford of the Public Interest Advocacy Centre said the current rules aren’t clear about who is actually responsible for the loss of funds that occurs when a customer is trying to notify a bank about fraud — but hasn’t yet succeeded.

“If you’re in the bank’s help cue on the phone, that shows you’re attempting to fix the problem. Consumers should be protected from the moment they call,” he said.