TORONTO -- An infectious disease expert says he believes that highly contagious variants of COVID-19 will trigger an "ugly" third wave of the pandemic around April that could send Ontario into a third lockdown.

"The third wave is inevitable," Colin Furness, an expert in infectious disease epidemiology from the University of Toronto, told CTV News Toronto. "And I think the third wave is the big one for us."

Earlier this week, the Ontario government revealed the framework for the regional reopening of the province as COVID-19 case numbers declined to levels not seen since last year.

But as a stay-at-home order is expected to be gradually lifted across Ontario over the next two weeks, Furness worries that COVID-19 variants, including the strains first identified in Brazil, South Africa and the U.K., will be difficult to slow down.

Furness pointed to the deadly COVID-19 outbreak at Roberta Place, a retirement home in Barrie, Ont., where the B.1.1.7 variant spread rapidly through the facility, as evidence of how dangerous the strain can be. Health officials said that the variant played a role in how quickly the disease spread between staff and residents, which ultimately lead to the deaths of at least 69 people.

"If you also look at what happened in Ireland, the U.K., the curves are pretty clear," Furness said. "What seemed safe enough, ended up not being safe enough and that it (the U.K. variant) spread really rapidly … It's anywhere from 35 to 60 per cent more transmissible. That's a lot."

He said he worries the public health measures Ontario is taking now won’t be enough if the COVID-19 variants become the dominant strains in the province.

According to provincial modelling data released in late January, the U.K. strain of COVID-19 is expected to become the dominant source of infection by March in Ontario.

Furness said he believes that sometime around April, Ontario's case numbers will rise high enough that the province will need to close schools and go into lockdown once again. But he said the summer could be better for Ontarians. 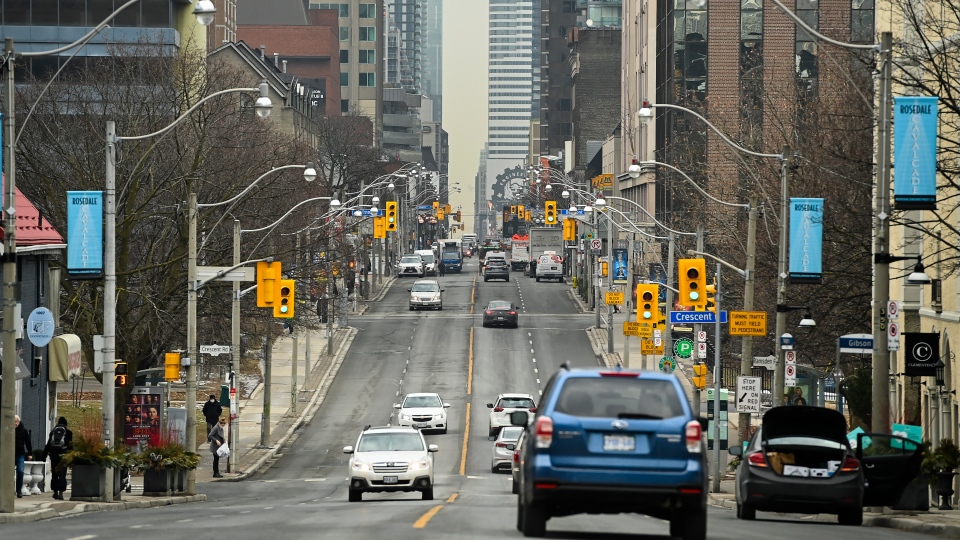 "My gut tells me April is going to be the ugly month," he said. "Hopefully it will be brief because by then vaccinations will start to pick up speed."

So far, 412,119 initial doses of the COVID-19 vaccine have been administered in Ontario. The vaccine requires a booster shot and, as such, 125,725 vaccinations have been completed as of Wednesday.

Furness said he believes the severity of a potential third wave could be diminished if Ontario takes more preventive steps like increasing COVID-19 surveillance and completing widespread testing of students.

Meanwhile, Dr. Isaac Bogoch, an infectious disease specialist at Toronto General Hospital, said he believes it's "very challenging" to predict what will happen over the coming weeks and a lot will depend on how much contact people have with each other.

"With schools opening up, with parts of the province slowly opening up, there is certainly the possibility we could have another wave," Bogoch said.

He said he hopes officials use the emergency brake tool wisely, because it could help to prevent a spike in infections. The mechanism allows the government to put a region immediately back into lockdown if infections increase.

"A third wave is preventable, it is totally preventable, the question really is will we do what it takes to prevent it?"

"Variant or not, we should be prepared for a third wave," Lee said. "The question is whether or not the variant will take hold and speed up that timeline."

'We're in for a positive summer': Furness

Furness said he believes that by the summer the impact of COVID-19 vaccines will start to make a significant dent in case numbers across the province.

"I think the summer will be where we start to open up and start to internalize that we aren't locking down anymore," Furness said. "It's not going to be a normal summer but it will be moving permanently in the right direction."

"I feel like the worst is immediately in front of us and then it slowly gets better and stays that way."