Many Canadians use gas stoves for cooking but a federal agency in the United States is raising concerns about how safe they are, calling them a "hidden hazard."

The United States Consumer Products Safety Commission is even considering a ban on gas stoves saying they cause health and respiratory problems.

While many chefs enjoy the benefits of cooking with gas — the instant heat, the ease of temperature control and burners that are great for searing or simmering — according to Consumer Reports, what you can’t see might actually harm you.

Researchers at Consumer Reports conducted tests on gas ranges and found levels of nitrogen oxides at more than double the standard for outdoor air.

“Nitrogen oxides are pollutants more typically associated with outdoor sources like power plants and cars and trucks, but new studies suggest that gas ranges can actually produce these emissions inside your home,” said Paul Hope with Consumer Reports.

Studies by the Institute for Policy Integrity and the American Chemical Society have shown that natural gas stoves emit pollutants such as nitrogen dioxide, carbon monoxide and fine particulate matter.

The gasses can worsen asthma and other lung diseases and one study in the International Journal of Environmental Research and Public Health found that “more than 12% of current childhood asthma cases in the U.S. can be attributed to gas stove use.”

The Association of Home Appliance Manufacturers (AHAM), which represents manufacturers in both Canada and the United States, is trying to reassure owners of gas stoves that they are not harmful to use.

“Hearing the word ban was very alarming, but we are certainly not at that stage yet," said Jill Notini, Vice President of Communications with AHAM. “Your product is safe. Gas ranges are designed to be safe and they meet or exceed all safety standards." 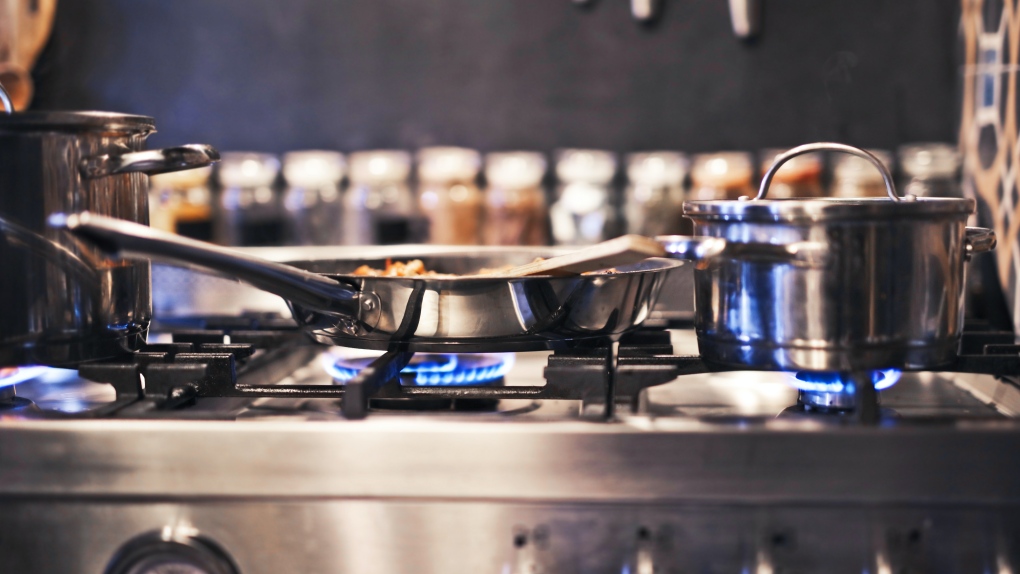 A file image of a gas stove (Pexels).

Tara Kahan, an Associate Professor in the department of Chemistry at the University of Saskatchewan, said, “I think people with gas stoves should be aware that the use of them does emit harmful chemicals into the air.”

Kahan said it's unclear exactly what the risks are, but says pollutants can linger in a home for hours after a gas stove has been shut off.

"We know you are introducing pollutants into your home and if you can avoid it - why not?" said Kahan.

Manufacturers and researchers agree that if you use a gas range, create as much ventilation as possible using a range hood while you're cooking and if you don't have one, open a window or use a fan to help the gasses dissipate.

The President of the Canadian Gas Association, Timothy Egan, said in a statement, “The safety of our consumers, infrastructure and workers is the number one priority for the natural gas delivery industry. All gas heating equipment and appliances, including stoves, adhere to strict installation rules and regulations developed by the Canadian Standards Association.”

In a press release, the American Gas Association said, “Any discussion or perpetuation of the allegations in this report which is funded by non-governmental organizations to advance their agenda to remove consumer energy choice and the option of natural gas is reckless. The authors conducted no measurements or tests based on real-life appliance usage, and ignored literature, including one study of data collected from more than 500,000 children in 47 countries that “detected no evidence of an association between the use of gas as a cooking fuel and either asthma symptoms or asthma diagnosis.”

Health Canada told CTV News in a statement: “Health Canada has in place robust legislative frameworks to protect the public from unsafe consumer products. The Canada Consumer Product Safety Act prohibits the manufacture, importation, advertisement or sale of any consumer product that is a “danger to human health or safety”. Manufacturers have the responsibility to ensure that their products are safe and comply with all mandatory requirements of the Act.”

“Health Canada has conducted studies to assess the level of pollutants derived from the use of gas cooktop stoves. This information was used to develop Health Canada’s Residential Indoor Air Quality Guidelines, which provide the public with information on safe levels of indoor air pollutants in residential settings.”

“In addition, further research has shown that the use of kitchen exhaust fans and ventilation are effective in reducing indoor air pollutants generated through cooking with gas stoves. To this end, Health Canada has updated in 2021 a Factsheet on cooking and indoor air quality which presents strategies to help reduce pollutant levels resulting from cooking and reduce the risk of exposure. More information on ventilation tools to improve indoor air quality can be found in Health Canada’s Ventilation and Indoor Environment document.”

If you're shopping for a new stove you may also want to consider an electric or induction model as Consumer Reports said that both types have improved greatly.

Fifteen grade school students in Mexico have been treated after apparently taking part in an internet 'challenge' in which groups of students take tranquilizers to see who can stay awake the longest.