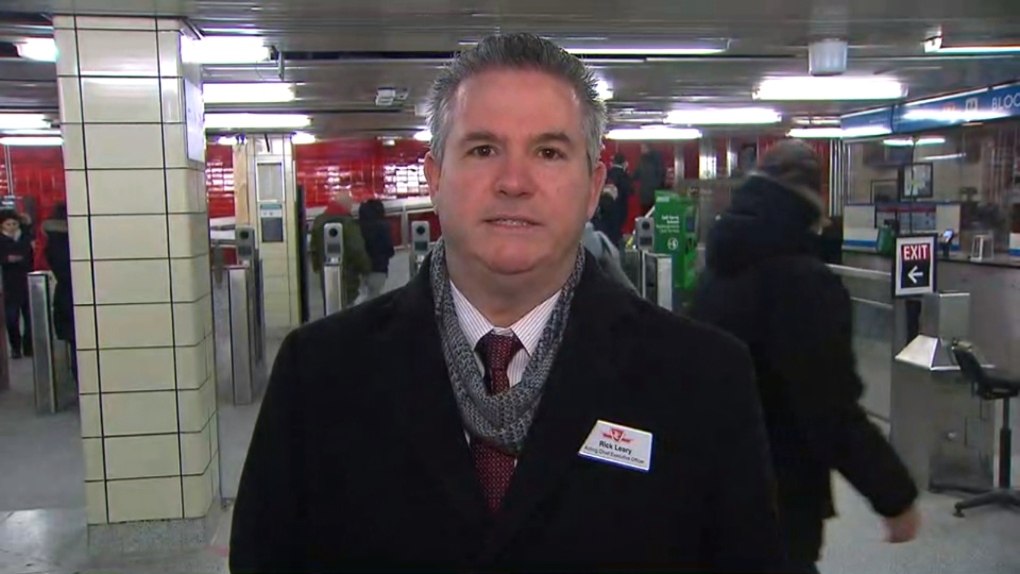 The next CEO of the Toronto Transit Commission will be the same person who has held the job on an interim basis for the last six-and-a-half months.

During a closed-door meeting on Tuesday, members of the TTC board voted unanimously to appoint Rick Leary as the organization’s permanent CEO, pending the formal negotiation of a contract next week.

A former deputy CEO with the TTC, Leary has held the top job on an interim basis since the departure of Andy Byford in December.

“It is a job that is full of challenges but I think he is well equipped to deal with it because I have seen him in action for six months,” TTC Chair Josh Colle told reporters following the meeting. “He has had to deal with a multitude of issues already. He hasn’t been caretaker over the last six months, he has been active, he has been proactive and has certainly shown that he is ready for the role.”

Leary began his career as a train attendant with the Massachusetts Bay Transportation Authority in 1984 and rose through the ranks, eventually becoming the Chief Operating Officer of that system.

He then moved to Canada, where he spent five years as the General Manager of York Region Transit before joining the TTC.

At the TTC, he was widely credited with helping to reduce the number of short turns on streetcars and helping to preside over an ambitious state-of-repair program that includes the overhaul of a decades-old subway signal system.

His name was put forward following an endorsement from a hiring committee made up of TTC board commissioners John Campbell, Glenn De Baeremaeker, Joanne De Laurentiis and Ron Lalonde

According to a staff report, there were a total of 166 applicants of the job but Leary was one of only two candidates who advanced to the interview stage.

“He was clearly the best candidate,” Colle said. “Obviously his time in the job helped us know that in the first-hand way that maybe interviews and other assessment don’t necessarily give you but we did a really thorough global search and he was the candidate that we unanimously put forward.”

Colle said that he expects Leary to focus on the “bread and butter” of the TTC and to prioritize initiatives that “don’t get big headlines but really is fundamental to an efficient transit system.”

Leary, however, will also take on more large-scale issues, including the construction of the one-stop Scarborough subway extension and the ongoing delays in the delivery of the city’s new streetcar fleet. He’ll also have to work with a new premier, who during the election campaign promised to assume responsibility for the operating costs of TTC subways, but has not addressed that pledge since assuming officer. .

Speaking with reporters, Colle said that while Leary will likely take on a more public-facing role now that he is the permanent CEO, he alone will ultimately decide whether or not he wants to be as front and centre as his predecessor.

Byford was known for wearing a name tag that identified him as the TTC CEO wherever he went and often appeared in YouTube videos to explain the reasons for significant service delays, personally accepting the blame on a number of occasions.

“Everyone has a different style, so you will have to ask him that, whether he wants to be that sort of face of transit,” Colle said.

In a statement issued on Tuesday afternoon, Mayor John Tory said that he has already been impressed by Leary’s “commitment to improving transit for riders” and is looking forward to working with him.

Metrolinx CEO Phil Verster also released a statement on Tuesday, noting that he and Leary “share the same determination to build and operate a fantastic transit system for customers.

“I look forward to continuing to build transit in the city, finalizing the rollout of PRESTO across the TTC and ensuring customers receive easy, convenient and reliable transit services with Rick and his team,” Verster wrote.