Friends, family and several cyclists held an emotional tribute on Saturday for a 26-year-old man who was struck and killed while riding his bike in Yorkville one week ago.

Adam Excell was riding his bike on Avenue Road, near Davenport Road, when he was struck and killed by a car that did not remain on scene.

About a hundred cyclists rode from Bloor Street West and Spadina Avenue, to the location where Excell was killed, ringing their bells as they made the journey. When they arrived, a white “ghost bike” was chained to a pole with messages, flowers and a photo of the 26-year-old man. 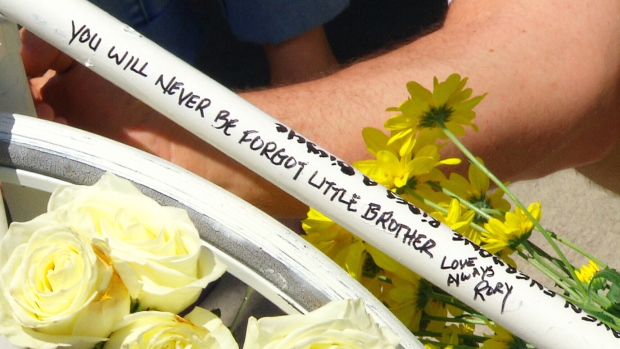 Adam’s father, Andrew Excell, attended the tribute for his son. He said Adam had put his car away for the week and had chosen to ride his bike instead.

“We worried about him all the time,” his father said about Adam cycling in the city. 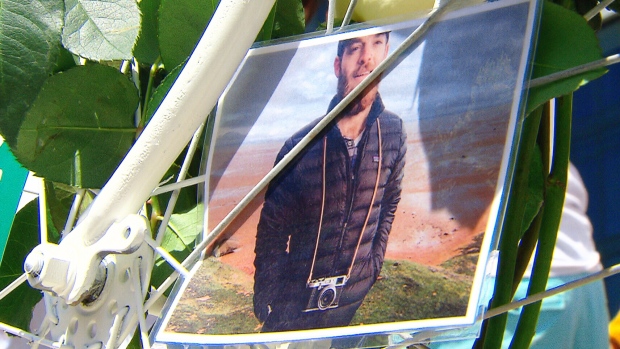 Andrew Excell said motorists in the city need to “look out for the bicycles and pedestrians and slow down.”

Three cyclists have been killed in as many weeks in Toronto. Cyclists like Jennifer Dickie say “it has just got to stop.”

Dickie has been riding her bike around Toronto for more than 15 years and says she wants “to feel like I’m safe.”

“It shocked me; it’s so horrifying and just so unbelievable,” she said of Excell’s death.

Alex Royce was another cyclist who attended the memorial because he said he’s been hit several times on Toronto streets.

“I feel like people are unaware, need to check their mirrors more. In the downtown core, drivers are too stressed out and panic and make bad decisions,” Royce said.

Police have charged a 19-year-old man, who turned himself in, in connection with the hit-and-run collision that left Excell dead. 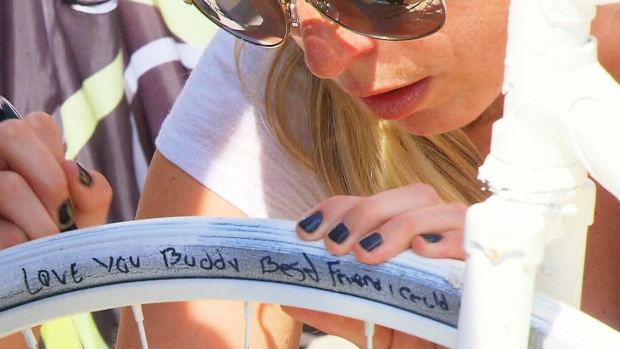