TORONTO -- Families in a small community north-east of Toronto are furious that hockey nets and a change hut they built were removed and destroyed from a small pond they've been skating and playing hockey on for about 40 years.

The pond is located on federal land along Sideline 20 in the village of Claremont in the City of Pickering.

On Tuesday, crews removed the hockey nets, tore down the hut the community built approximately 15 years ago and erected a Transport Canada sign that reads "No trespassing."

Neighbours also claim the salt was thrown on the ice, which now makes it impossible to skate on.

"This is really sad, it's not hurting no one, it's out in the middle of nowhere," Claremont resident Cathy Johnston told CTV News Toronto on Wednesday.

In a statement sent to CTV News Toronto on Thursday, Transport Canada said while they understand the disappointment of the local community, the pond is located on an agricultural lot that is currently being leased to a private third-party.

"While we are understanding that the space was previously being used by the community, under their lease agreement, the current tenant has the right to allow the space to remain open to only authorized users due to liability concerns," Transport Canada said. "As well, we understand that the current COVID-19 restrictions in Ontario prohibit outdoor gatherings of the size that was occurring on the property, and as a result the Durham Regional Police have been involved."

Transport Canada denied giving direction to have salt thrown on the ice, saying they are "committed to protecting the environment."

"Further, salting would have compromised the integrity of the ice, risking harm to the public," the agency said. "With that in mind, we understand the disappointment of past users of the pond and hope the community works with Transport Canada to discuss potential future legal use."

But residents are questioning if it hadn't been an issue in the past, then why now. 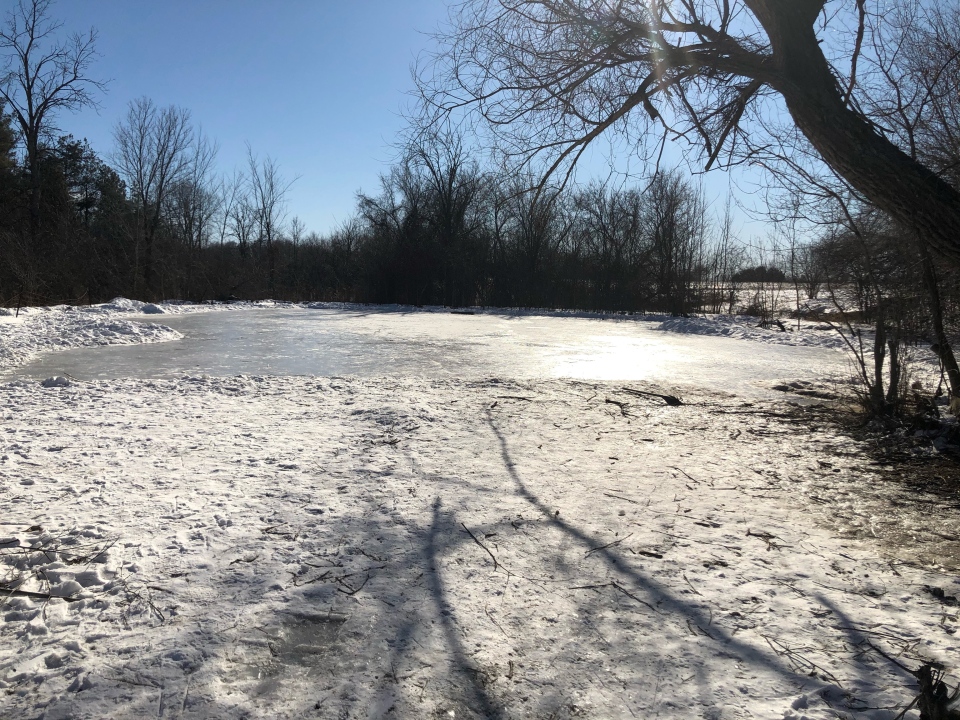 "It makes me feel very upset, especially when COVID-19 is relevant and kids need an outlet for mental health," area resident Steve Macaluso said. "This is about children getting outside and exercising especially during these tumultuous times."

Macaluso's son Anthony plays hockey and daughter Angelina is a figure skater, but due to the pandemic competing and training are off limits.

"No one is happy actually in their house being locked up and I felt this brought me happiness," Angelina said.

The community has raised the issue with their city councillors, MP and MPP. 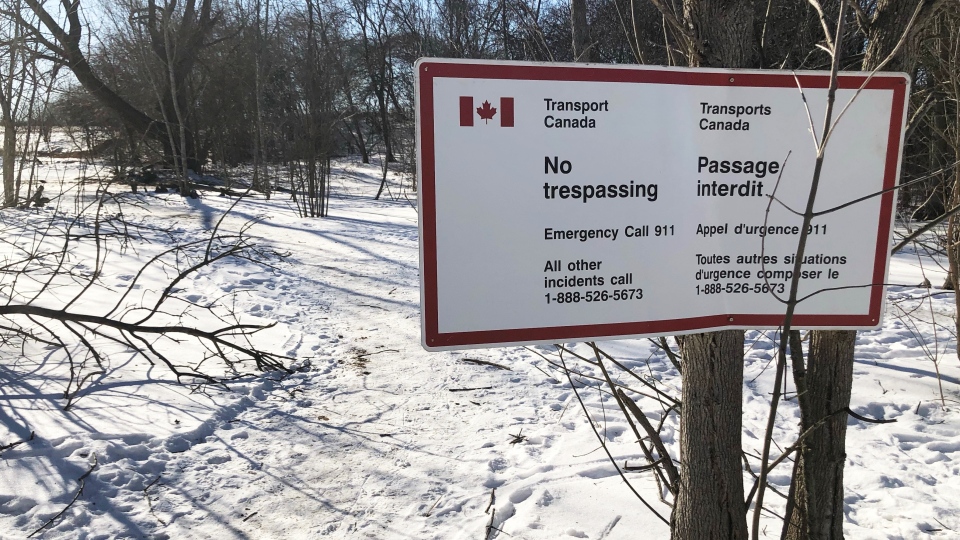 The office of Pickering-Uxbridge MP Jennifer O'Connell told CTV News Toronto that they find this concerning and are working with the Minister of Transport's office to determine what occurred and will get to the bottom of this "as quickly as possible."

Pickering Regional Councillor David Pickles told CTV News Toronto he is aware of the matter, but it's a federal issue that does not involve the city.

For now residents plan to keep off the ice, but are hoping Transport Canada will reconsider.

"There's so many other pieces of federal land, lakes, ponds and rivers that people are able to skate on, why pick on this one pond in this one community," Macaluso said.