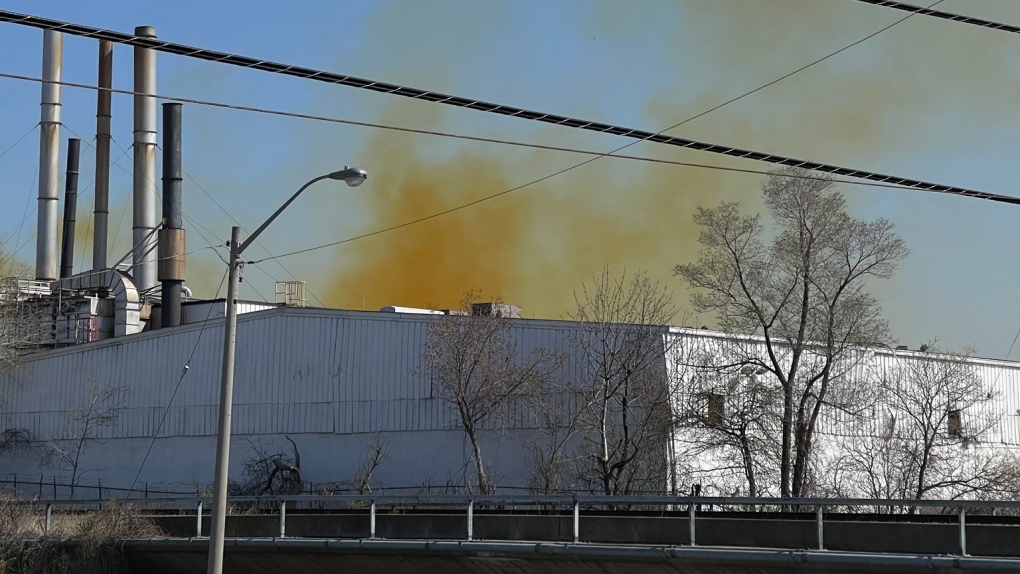 Yellow smoke is seen billowing from a commercial building near Highway 400 and Sheppard Avenue. (Twitter/ @cottageguys)

TORONTO -- An industrial incident that sent a plume of toxic smoke into the air caused some major backups on Toronto highways Wednesday.

Police shut down a section of Highway 400 in North York between Highway 401 and Finch Avenue for nearly an hour after an incident at an industrial fertilizer factory sent a cloud of toxic fumes into the air.

Toronto Fire said an "out-of-control" reaction sent toxic smoke billowing into the air at the facility, located near Sheppard Avenue and Highway 400, at around 11:15 a.m..

Occupants of the plant and nearby buildings have been evacuated, police say. No injuries were reported.

“According to the company chemist, something within the plant overreacted to a chemical reaction and apparently we're not able to put water on it without exacerbating the situation,” District Fire Chief Stephan Powell told CP24.

He said numerous properties in the area have been evacuated as a precaution.

“The situation should start to stabilize but I can't give you a timeframe yet,” Powell said.

At around 12:35 p.m., Ontario Provincial Police said all lanes of Highway 400 were being reopened. A stretch of Sheppard Avenue remains closed between Jane Street and Weston Road.

Police are asking people to avoid the area.