Torontonians are obsessed with the newborn lambs at Riverdale Farm 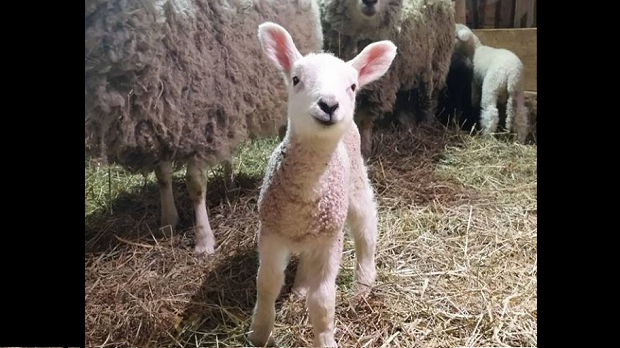 "Say hello to one of the new faces at #RiverdaleFarm," the city's Parks, Forestry and Recreation department said in a Twitter post on Wednesday, April 19, 2017.

First, the three capybara pups, the newest additions to the High Park Zoo. And now, the spotlight has shifted to the Riverdale Farm after announcing the birth of three lambs.

The babies have reached celebrity status in the city, with a video of them posted to Facebook reaching more than 9,000 views since Tuesday.

The 55-second video was uploaded on Tuesday and shows the babies frolicking around a group of sheep in a stall filled with hay.

On Wednesday, the city’s Parks, Forestry and Recreation department posted about the lambs on Twitter.

“Say hello to one of the new faces at Riverdale Farm,” the tweet said.

The Riverdale Farm, located at Parliament and Winchester streets, is also home to pigs and roosters.