Toronto sends crews to Winnipeg to help after major snowstorm 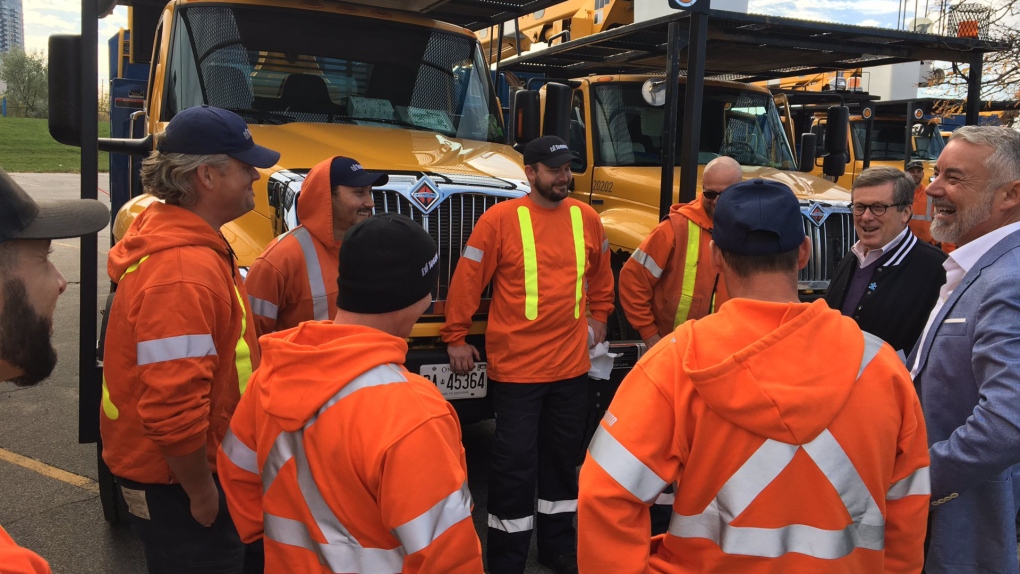 Toronto Mayor John Tory sent off crews from the city to Winnipeg to help with restoration effort after a major snowstorm. (John Tory/Twitter)

The City of Toronto sent off crews Saturday morning to help Winnipeg recover after a major snowstorm blew through the city earlier this month.

“If some part of Canada is hurting then that means Toronto is hurting,” he said at a news conference. “Our country is built on the value of helping each other out.”

The City of Winnipeg declared a state of emergency after the record-breaking storm caused mass power outages and damage to more than 30,000 trees. 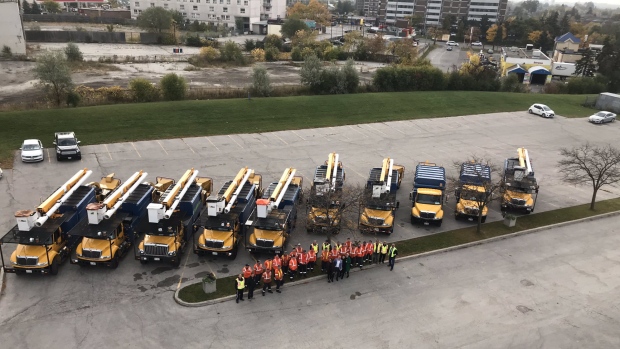 More than 25 urban forestry staff members left to Winnipeg on Saturday, Oct. 20, 2019 to help with the damage cleanup after a major snowstorm. (John Tory/Twitter)

After the storm hit, Tory said he texted Winnipeg Mayor Brian Bowman to express concern, and also asked if Toronto could be of any help.

The two cities agreed to send out staff and equipment from Toronto to help with the ongoing clean-up efforts. A total of 13 vehicles will be travelling to Winnipeg.

“It’s an important statement about us as a country, and about us as a city,” he said. “Often times we are portrayed as this big bad city … and that’s not true. We are loving Canadians.”

The crews are expected to return to Toronto on Nov. 8.